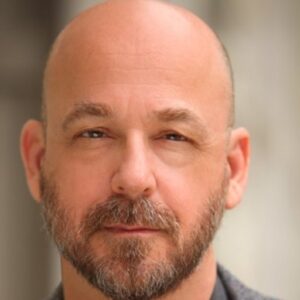 On University of Central Arkansas Week:  Shakespeare and comedy might give at-risk youth a better path.

I am Professor of Anthropology and Performance Studies in the Schedler Honors College, University of Central Arkansas. My research has focused on Chinese martial arts and identity, phenomenological anthropology, and community-based theatre. As a theatre artist, I have been a company member of Arkansas Shakespeare Theatre for six years, a company member of Theatricum Botanicum in Los Angeles, and am the founding Artistic Directory of Ozark Living Newspaper Theatre Company, based in Conway, Arkansas.

Does exposure to theatre contribute to improved self-image, better coping skills, and reduced likelihood of recidivism for youth on probation in the Arkansas juvenile justice system? Over the last three years, approximately 50 juvenile probationers in Faulkner County have been mandated by the county juvenile court to participate in one of two theatre workshop series in a collaboration between the court, the university, and a local theatre company. The first eight-part workshop series has focused on using comedy improvisation and the “Theatre of the Oppressed” techniques of Brazilian theatre artist Augusto Boal to provide a space for teen participants to create short plays about community or social problems they wish to address. The second workshop series also starts with comedy improv but focuses on using poetry and Shakespeare to tap into the expressive imagination. Currently under review by the university’s Institutional Review Board, the research project is a qualitative study following up with past participants and court personnel to identify short and long-term outcomes of the workshops. Through questionnaires and in-depth interviews, probation officers and past workshop participants will have an opportunity to express their views on the effectiveness of the workshops. Measures of effectiveness will include actual rates of recidivism among participants as well as subjective measures of satisfaction. The qualitative results will be compared to court-generated data gathered through SAVRY, the Structured Assessment of Violence Risk in Youth.