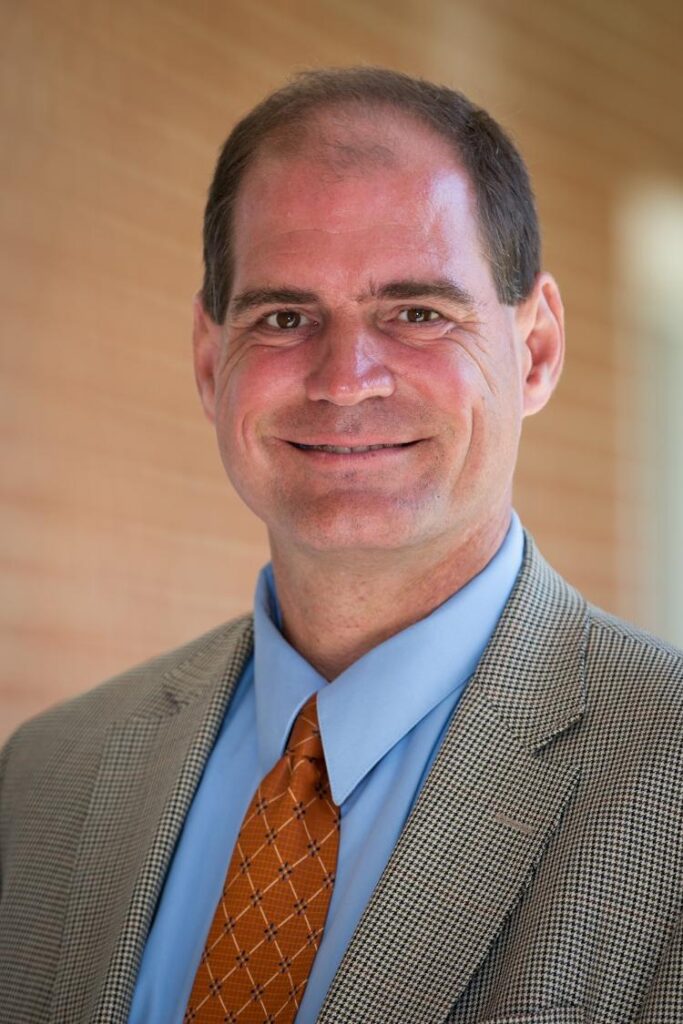 On Longwood University Week:  Campuses are stepping up to help those in need.

Ian Danielsen, assistant professor of social work, looks at programs designed to help those with disabilities get the education they need.

Assistant Professor Ian Danielsen earned his Master of Social Work from Virginia Commonwealth University in 1992. He then worked for the Virginia Department of Juvenile Justice for nearly ten years in an intensive treatment program for sexually reactive youths.  He then worked for almost four years as a Clinician for a private agency providing residential treatment services for sexually reactive adolescent boys in foster care.

He began serving as the Director of the Greater Richmond SCAN Children’s Advocacy Center in June of 2006. Serving also as an adjunct faculty instructor for the VCU School of Social Work from 2009 to 2016, Ian has coordinated several important projects including earning Accreditation from the National Children’s Alliance, forming new multidisciplinary child abuse teams, and engaging in statewide legislative advocacy efforts.

Ian was honored to be a 2011 recipient of the FBI Director’s Community Leadership Award and a 2012 awardee of the Commonwealth of Virginia Governor’s Advisory Board on Child Abuse and Neglect. He also serves on the Virginia Bar Association’s Commission on the Needs of Children. He was also named an honoree of the “Unsung Hero” award for victim advocacy in April 2020 by the Virginia Office of the Attorney General.

Ian accepted a faculty position in Longwood University’s Social Work Program in 2016.  Shortly thereafter, he joined a steering committee to form “The Longwood LIFE” Program, a post-secondary education program at Longwood for young adults who have intellectual disabilities.

Programs for Students With Disabilities

Increasingly across the U.S., colleges and universities are establishing programs for young adult students with intellectual disabilities and students on the Autism spectrum. In Virginia alone, there are at least three such post-secondary programs active in state universities, with some collaboration among them.

While programs vary in style, structure, and cost, they are all rooted in a value system of inclusion and accessibility.  The growth of programs nationally reflects a collective recognition that the vast and deep resources of universities can be of great benefit students with intellectual disabilities, both academically and vocationally.

Colleges and universities are often seen as microcosms of larger society; they represent a training ground for students to practice skills for future independent living.  It therefore follows that if students with disabilities gain access to this setting of supported semi-independent living, then their competencies for greater independence will grow as well.

Some university programs include students with disabilities in pre-existing non-degree courses, on a sort of “audit” basis, tailoring the students’ course loads to their academic and career interests. Others provide more individualized instruction, offering courses in social skills, daily living skills, and skills for development of healthy relationships, as well as tailor-made coursework in economics, physical education, music, and theatre.

We have studied the ways in which our program has benefited students and found genuine growth in their life skills and vocational readiness. My research focus is in the benefits to other university students, faculty, staff, and parents, as we have seen time and time again that inclusion enhances and lifts the culture of the university as a whole, our mutually beneficial experiences supporting the personal and professional growth of us all.