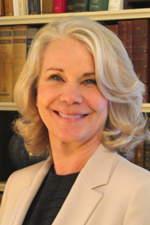 Design is key to increasing the use of bicycles in lower-income neighborhoods.

Anne Lusk, research scientist at Harvard University, delves into why.

Anne Lusk has 38 years of experience working on bicycle facilities with the first 16 years as a practitioner building and lecturing about bike facilities followed by 22 years as an academic in training, teaching, and conducting bicycle research related to public health.  Her research focuses on comfortable and safe environments that will motivate women, children, seniors, parents, ethnic-minority and lower-income individuals, and populations around the world to bicycle. Her studies have focused on bicycle environments in association with weight control, injury, motivation, crashes, crime, environmental preferences, sustainability, Climate Change, and joy.

Fewer safe bicycle facilities exist in lower income-ethnic minority-neighborhoods and bicyclists in these neighborhoods are more vulnerable to crime and have higher incidents of crashing.  Even if bicycle facilities exist, the engineers have followed design guidelines that do not offer designs to lessen exposure to crime or for teaching where to bike to lessen risk of crashing.

Volunteers in 13 groups, who live in or know of lower-income ethnic-minority neighborhoods, offered to rank and discuss 32 pictures of bicycle environments shown on a large screen. The groups included community sense individuals, such as church or YMCA members, and street sense individuals, or individuals who live in halfway houses or homeless shelters or who are members of gangs. The latter group was important because they offer unique insights. They perceived the lowest risk for crime was on a two-way cycle track and the lowest risk for crash was on a shared-use path followed by a two-way cycle track.

For the surface in reducing crime and crash risk, the best bicycle facility was a wide two-way cycle track so the bicyclists knew how to get back home. Their preferred cycle track had a smooth red surface with newly painted white lines, bike stencils, and arrows to tell the bicyclist the correct direction to travel. For the context, they preferred to have clean signs, sight lines, bike signals, no dark alleys, residences with businesses, flowers, limbed up trees, good day and night-time lighting, and cafes.

Biking on Main Street would be safer than biking on less frequented roads because Main Streets have people.  While these elements suggest gentrification, the local residents could own the stores and prosper. The best first step for turning around a community would be installation of handsome and well-lit cycle tracks.