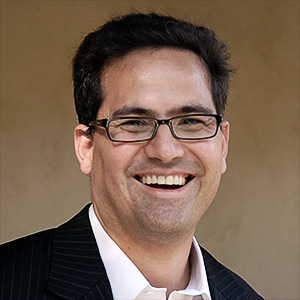 On Scripps College Week: How do we cut the cost of health care in the U.S.?

Sean Flynn, professor of economics, has some solutions.

Sean Flynn is the author of the best-seller Economics for Dummies, which has now been translated into seven foreign languages, as well as the coauthor along with Campbell McConnell and Stanley Brue of the world’s best-selling college textbook, Economics: Principles, Problems, and Policies.

An avid martial artist, Sean is the defending U.S. National Aikido Forms Champion and has coached four of his students to U.S. national aikido titles.

Sean’s research specialties are behavioral economics and behavioral finance, with a focus on irrational investors.

A recurring commentator on NPR, FOX Business, and ABC News, Sean holds a B.A. in economics from the University of Southern California and a Ph.D. in economics from U.C. Berkeley, where he completed his dissertation under the supervision of 2001 Nobel Laureate George Akerlof.

My research focuses on healthcare reform.  Two simple policy changes would cut the cost of U.S. healthcare by 75 percent while delivering universal access, coverage for preexisting conditions, and an ironclad safety net.

The first is price tags.  Right now, you can only get prices for things that are not covered by insurance—procedures like LASIK eye surgery and cosmetic surgery.  For those procedures, providers are under constant pressure to cut costs and increase efficiency.

If we had that level of competition throughout our healthcare system, prices would fall roughly 40 to 50 percent system-wide.

The other reform is a much better way to run health insurance that was pioneered by Whole Foods Markets and the State of Indiana.  The employer or government sponsor pays the premium for an insurance policy but then gifts each participant an amount equal to the annual deductible each and every year.

Those annual gifts ensure 100% financially security, because participants can always pay their out of pocket costs. But it also gives them skin in the game because any money they don’t spend in a given year is theirs to keep and rolls over to the next year.  This incentive prompts participants to slash wasteful spending. They get generics drugs instead of name brand drugs, they go to the urgent care for $100 instead of the ER for $800.

Combine that with price tags and U.S. healthcare costs fall by 75% nationwide, saving us over $2.4 trillion per year that we can spend on other vital priorities.