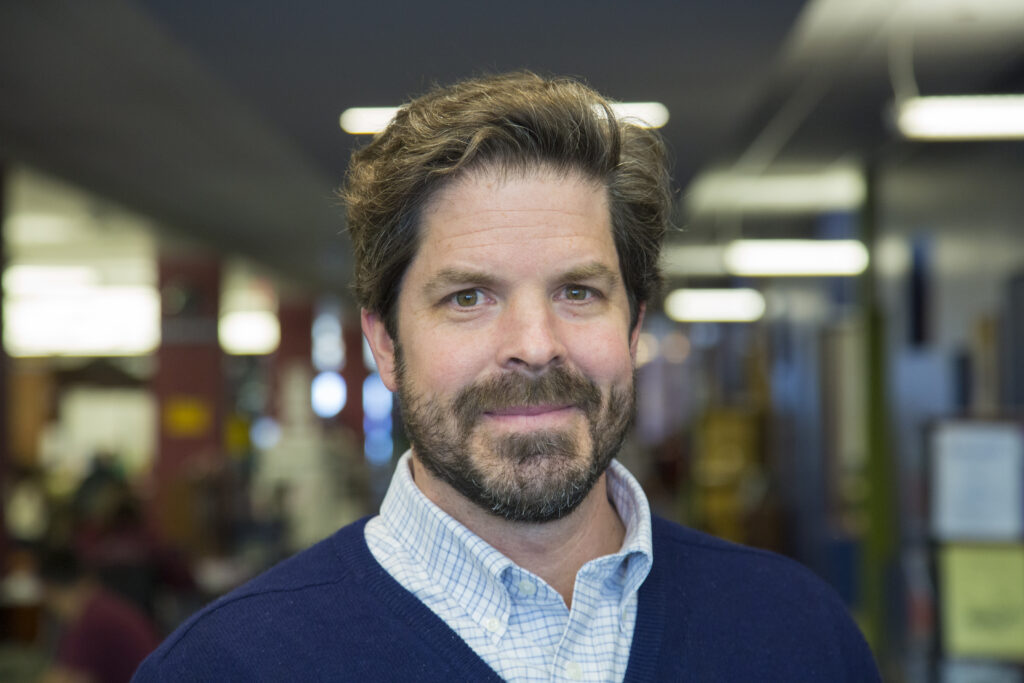 On Allegheny College Week:  The executive branch and Congress have different ideas of presidential power.

Brian Harward, professor and chair of political science, looks into how Congress responds to executive action.

Brian M. Harward, Ph.D. is Professor and Robert G. Seddig Chair in Political Science at Allegheny College in Meadville, PA where he has taught for 10 years. He is also the Director of the Center for Political Participation on campus. He is a well-known and prolific writer who just published his fifth book entitled The Presidency in Times of Crisis and Disaster. He has published more than 50 articles and presented at over 50 conferences on topics as varied as presidential campaigns, local and national elections, presidential power, congressional oversight, civic and political engagement. He earned his PhD from the University of Georgia, Athens, GA in 2003.

Several recent presidents, including Trump, have cited the vague provisions of Article II of the U.S. Constitution as bases for making law on their own, independent of Congress. This phenomenon has become so regularized that political scientists understand the ability of presidents to act unilaterally as a defining feature of the contemporary American presidency.

With a highly polarized Congress, the likelihood of congressional inaction on any particular policy is high and the likelihood of congressional reaction to presidential unilateralism is low. This invites presidents to extend executive power through unilateral actions rather than bargaining with Congress. Thus, the polarized character of our contemporary politics expands the set of possible actions of presidents that are resistant to constraints. One of the key challenges we face, then, is to find ways to invigorate congressional resilience.

As political scientists we often remind our students, “Congress is a they not an it.” (Shepsle 1992). So there is very little reason to expect Congress to act collectively to protect institutional prerogatives unless individual members of Congress have particularized incentives to do so.

In our research, Scott Ainsworth, Ken Moffett, and I find that presidential unilateralism—executive orders and signing statements, for example—on specific policy dimensions creates individualized policy losses that can motivate members to reassert congressional prerogatives in policymaking.

Our analyses reveal that congressional committees respond to presidential unilateral actions with heightened oversight activity and new bill introductions in the months following a signing statement as the number of objections cited increases. Congressional reactions to the issuance of executive orders follow a similar pattern. Congress can—and often does—respond. How effective that response is conditions presidential behavior across multiple policy areas and issue dimensions.