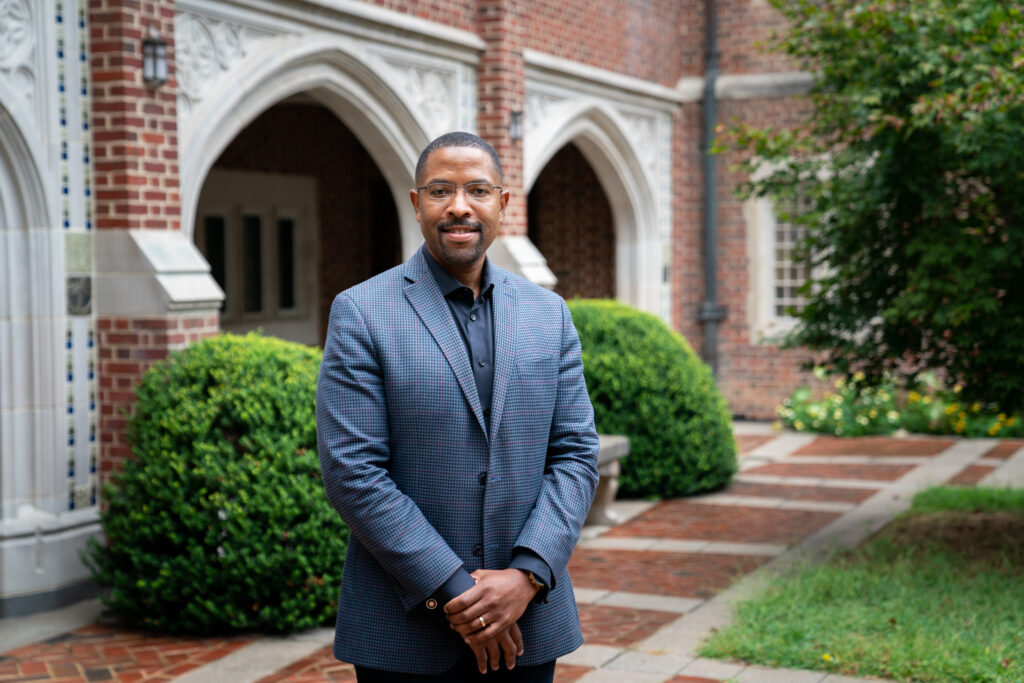 On Jepson School of Leadership Studies Week: The debate over religious symbols on public land is still ongoing.

Corey Walker, visting professor in leadership studies and the humanities, determines what previous examples can teach us.

Corey D. B. Walker is a visiting professor in the Jepson School of Leadership Studies at University of Richmond. He is the author of the book A Noble Fight: African American Freemasonry and the Struggle for Democracy in America. His scholarship focuses on the complexities of religion, philosophy, history, memory, culture, and public life.

Last year The Supreme Court ruled that a war memorial in Maryland in the shape of a Christian cross can stay on public land. The Bladensburg Peace Cross is a 40-foot cross erected as a memorial for those who died in service during World War I.

In a complex 7-2 ruling, the Supreme Court held that the Bladensburg Cross did not violate the Establishment Clause of the Constitution.

The Bladensburg Peace Cross certainly wasn’t the first war memorial in the shape of a cross that was legally challenged. The 43-foot Mount Soledad cross in La Jolla, California, for example, was subject to litigation for more than a quarter-century. To finally end the ongoing legal drama, the Mount Soledad Memorial Association agreed to purchase the public land beneath the cross, which resolved the issue since the cross is now on private property.

In response to the litigation involving the Mount Soledad cross, the U.S. House of Representatives passed the War Memorial Protection Act in 2012. The legislation permits the inclusion of religious symbols on official military memorials.

Though not law, the passage of the bill by the House demonstrates the extent of the conflict around the presence of religious symbols in American war memorials.

In a religiously plural democracy, war memorials with religious symbols can have different meanings for different citizens and that can lead to conflict.