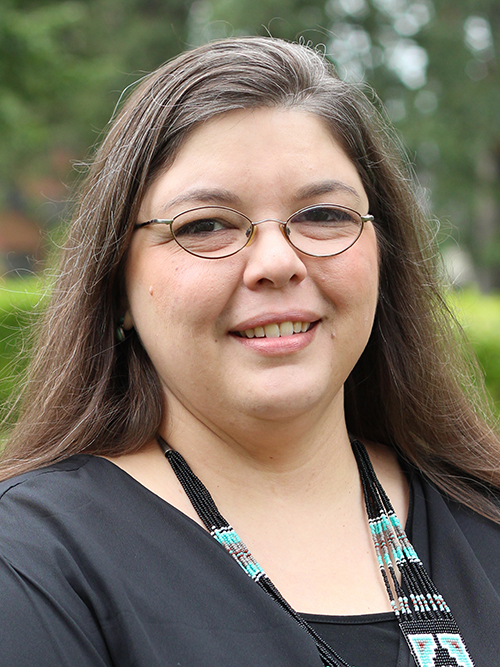 On George Fox University Week: An awakening of indigenous “agency” is under way.

Tricia Hornback, Ph.D. is an Assistant Professor of Intercultural Studies, lead faculty for the George Fox University Center for Peace and Justice, and faculty mentor to the GFU Steinfeldt Scholars. She has spent much of her career assisting in the self-determination and empowerment of indigenous people: exploring issues of race/ethnicity, integrating equality and social justice themes in adult learning programs, doing international peace and justice work with non-government organizations, and building networks to further peace and justice in the local community.

In practical terms, “Agency is the capacity of individuals to act independently and to make their own free choices.” It is a basic tenant of democratic freedom and necessary in the pursuit of equality.

According to author and Indigenous Studies scholar, Dr. Gerald Vizenor, Survivance is “Indigenous self-expression in any medium, that tells a story about Native American active presence in the world now… Survivance is more than mere survival—it is a way of life that nourishes Indigenous ways of knowing.”

The theme of Survivance has been a driving force in indigenous communities since pre-colonial times and it is a primary component in Native American expressions of agency today as well.

The indigenous people of North America, and their sovereign tribal governments, have been engaged in an ever changing, dialectic relationship with the United States since its earliest days.

There is evidence to suggest this most recent surge in Native American agency, “freedom and voice”, may be fueled by: Increased tribal involvement in American Indian Education, Advancements in Tribal economic development, the increased availability of Internet connectivity in Native American communities, recent Native American victories in national courts and the United Nations, and participation in environmental activism.