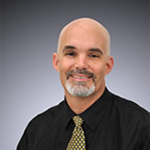 There’s good news ahead for your furry friends.

Jeffrey Bryan, professor of oncology at the University of Missouri, discusses treating a dangerous canine disease.

When he’s not focusing on examining cancers in the lab or caring for others’ pets, Bryan can be found riding his bicycle, playing guitar or spending time with his wife, kids and dogs. He is on the board of directors of the Cancer Research Center and the scientific advisory board of ELIAS Animal Health.

In our study, my team and I partnered with Gary Wood, chief scientific officer at ELIAS Animal Health, and Wood’s team. We helped advance a new treatment for bone cancer in dogs by creating a vaccine using a dog’s own tumor to specifically target cancer cells. This may replace chemotherapy in controlling the spread of the disease, which can cause toxic side effects including an increased risk of infection resulting from potentially deadly bone marrow suppression.

Our treatment uses lymphocytes, which are a dog’s immune cells. The lymphocytes recognize where pathogens are hiding in the body and then kill the cells harboring them. After we surgically remove the tumor, Gary Wood’s team creates a vaccine from the dog’s own tumor cells to trigger an immune response against the cancer.

The cells that drive this response are lymphocytes that specifically recognize proteins on the surface of the tumor cells. We then collect lymphocytes from the dog’s blood stream and send them to be expanded outside of the body in a laboratory. The lymphocytes are activated to become professional killers of their targets. Infused back into the dog’s blood, they now aggressively seek their targets — the cancer cells.

Ideally, this process will identify and destroy all of the remaining cancer cells. When looking at our results, we found that the survival rate in dogs exceeded those reported from previous treatments that include chemotherapy.

We plan to continue this research with dogs that have existing bone cancer in order to optimize this new vaccine therapy treatment. Future uses include clinical trials to treat different types of cancer in people, especially bone cancer in children.