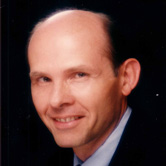 Is your story fit for an autobiography?

Kenneth Roemer, distinguished teaching professor at the University of Texas Arlington, looks into this question.

Kenneth Roemer (B.A., Harvard; M.A., Ph. D., Univ. of Pennsylvania), a Piper Professor, Distinguished Teaching Professor, and Distinguished Scholar Professor at the University of Texas at Arlington, has received four NEH grants to direct Summer Seminars and has been a Japan Society for the Promotion of Science Fellow and a Visiting Professor in Japan. He has been a guest lecturer at Harvard and has lectured at twelve universities in Japan and in Vienna, Lisbon, Germany, Brazil, Ireland, Canada, Hong Kong, Turkey, and France. He was one of only three Americans selected to co-chair a seminar at the 2008 European Alpbach Forum in Austria. He is past President of the Society for Utopian Studies, founding Editor of Utopus Discovered, past Vice President and founding member of the Association for the Study of American Indian Literatures (ASAIL), and past Chair of the American Indian Literatures and Late 19th- Early 20th-Century Divisions of the Modern Language Association (MLA). He has been Managing Editor of American Literary Realism and Assistant Editor of American Quarterly. He serves on the Editorial Boards of Utopian Studies and SAIL. He has served on the Advisory Board of PMLA and the Editorial Board of American Literature.His articles have appeared in journals such as American Literature, American Literary History, Modern Fiction Studies, Technology and Culture, Studies in American Indian Literatures (SAIL), and Utopian Studies. MLA published his Approaches to Teaching Momaday’s The Way to Rainy Mountain (ed.); his Native American Writers of the United States (ed.) won a Writer of Year Award from Wordcraft Circle of Native Writers and Storytellers. He has written four books on utopian literature: The Obsolete Necessity: America in Utopian Writings (which was nominated for a Pulitzer in American History by the Editor of the NY Times/Arno Press Utopian Literature Collection), America as Utopia (ed.), Build Your Own Utopia, and Utopian Audiences: How Readers Locate Nowhere. Favorable reviews of his scholarly books have appeared in academic journals, as well as the Chronicle of Higher Education and the [London] Times Literary Supplement. His collection of personal narratives, verse, and photography about Japan is entitled Michibata de Deatta Nippon (A Sidewalker’s Japan). His co-edited Cambridge Companion to Native American Literature won a Writer of the Year Award from Wordcraft Circle of Native Writers and Storytellers. In 2008 he received the Lyman Tower Sargent Distinguished Scholarship Award for lifetime achievement in scholarship, teaching, and service from the Society for Utopian Studies; in 2010 the Society named its teaching award after him. For sixteen years he has been a Faculty Advisor for the Native American Students Association at UT Arlington. In 2011 he received one of the UT System’s Regents’ Outstanding Teaching Awards and was named a Piper Professor in a statewide competition of all colleges and universities. In 2014 he was one of five UT System professors selected for the UT System Academy of Distinguished Teachers.

Create Yourself in Many Voices

In creative writing programs, students flock to autobiography courses. Trouble is most of their (and our) lives are made up of mundane happenings that don’t invite profound self-creations.

Beginning around 1980, I address this problem by using The Way to Rainy Mountain by Pulitzer Prize-winning Kiowa author N. Scott Momaday. Since then students at my university and many others and even in prison classrooms, have used variations of Momaday’s method to create intriguing autobiographies.

They place their life events in two types of contexts: family, community, or cultural stories and local or regional histories. For example, in one of Momaday’s childhood experiences, he watches water spiders skidder across a slow-moving creek surface and sees his image in the water. A frog leaps into the creek and breaks the image. In the storytelling voice, the Sun’s child ignores grandmother spider’s warning not to throw a powerful ring in the air. The ring falls and splits him into two boys who eventually become the Kiowa hero twins. The historical voice captures Momaday’s aging grandfather as he gets down from a horse “for the last time.” By association, Momaday’s mundane event is now part of a hero tale and a life-changing event.

Students use this multi-voice method to create engaging life narratives that take on lives beyond the classroom in publications or more intimately as they show their work to family and friends.  They not only create, they also share and expand their identities in ways they might have never imagined.