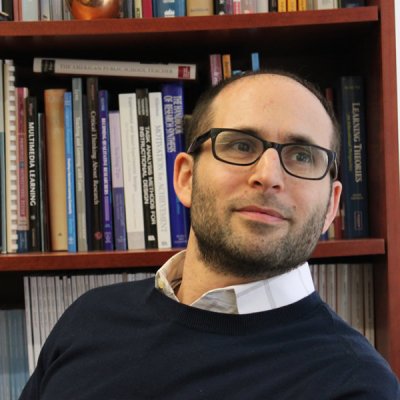 On University at Albany Week: Having an open mind could lead to a better political future.

Brett Levy, assistant professor in the department of educational theory and practice, explores how to guide students to look for cooperation.

Dr. Levy is an assistant professor of Educational Theory and Practice. His research explores how educational programs can support civic and political engagement among youth and how such engagement can in turn foster academic and life skills. His dissertation, which explored adolescents’ political efficacy and engagement during a Model United Nations program, won the 2012 Exemplary Dissertation Award from the National Council for the Social Studies, and he is currently conducting studies exploring students’ experiences in discussion-based government courses at several high schools. Dr. Levy teaches courses on youth civic engagement, social studies education, research methods, and environmental education. Before graduate school, he taught middle school social studies, history, and English at public and private schools in California.

For the past several decades, elected leaders and the general public in the U.S. have become more politically polarized, making bipartisan compromise difficult. One cause of this problem is that people who are more politically engaged tend to be less open to opposing viewpoints. We may see more cooperation if we prepared citizens to productively negotiate their political disagreements.

My colleagues and I explored how educators could plant the seeds for such cooperation.

We wondered: Could adolescents become both politically engaged and politically open-minded – and if so, how?

Our study involved 405 students and 8 teachers at three high schools. Whereas students at one school completed a traditional government course, students at the other two schools completed a course called the Legislative Semester, an extended political simulation that required students to research, discuss, debate and mock-vote on controversial public issues.

The experiences that seemed most important for strengthening these attitudes were exploring and discussing diverse political perspectives in an open, emotionally safe environment.

Educators guided such exchanges by structuring substantive sharing of diverse political perspectives, encouraging the expression of minority viewpoints, and de-emphasizing partisan uniformity. Such experiences may be vital for fostering young people’s ability to engage cooperatively in the democratic process.