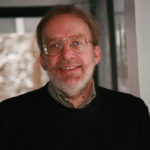 This is Best of Week on The Academic Minute:  For the Best History Segment Award: Peter Filkins, professor of literature at Bard College at Simon’s Rock, discovered the life of H.G. Adler.

Peter Filkins is an award-winning poet and translator. His authorized biography H.G. Adler: A Life in Many Worlds appeared in 2019 from Oxford University Press, and his most recent book of poems is The View We’re Granted (Johns Hopkins, 2012), winner of the 2013 Best Book Award from the New England Poetry Club. He has translated three novels by H.G. Adler, Panorama, The Journey, and The Wall, as well as the collected poems of Ingeborg Bachmann, Darkness Spoken. The recipient of fellowships from the National Endowment for the Humanities, the Leon Levy Center for Biography, the DAAD, and the American Academy in Berlin, he is the Richard B. Fisher Professor of Literature at Bard College at Simon’s Rock, and also teaches translation at the main campus of Bard College in Annandale-on-Hudson, NY.

Born in 1910 to a secular German-speaking Jewish family, H.G. Adler came of age amid the flowering of Czechoslovakia’s First Republic, founded in 1918, only to see it crushed in 1938 by the rise of Nazism and Hitler’s later invasion of his native Prague. “H.G.” stood for “Hans Günther,” but after a Nazi named Hans Günther deported Adler to the enforced ghetto of Theresienstadt on February 8, 1942, Adler erased his given names from his public persona for the rest of his life.

Adler spent thirty-two months in Theresienstadt. He vowed that if he survived the experience he would record it through fact-based scholarship and the writing of poems, stories, and narrative fiction.

Adler did just that. When he was deported with his wife Gertrud to Auschwitz in October 1944, Adler entrusted Rabbi Leo Baeck with a black leather attaché containing 108 poems, several short stories, the draft of a novel, and hundreds of documents on the daily life of the ghetto. Adler survived Auschwitz and two other concentration camps before returning to Prague in June 1945 and retrieving the briefcase from Leo Baeck. Adler used the documents he had collected to write his monumental study, Theresienstadt 1941-1945: The Face of a Coerced Community, published in 1955.

During the ten years he spent writing the book, Adler also wrote six novels and hundreds more poems and stories, all of them drawing upon his own nightmare in order to warn of the dangers of modern bureaucratic states gone mad, whereby human beings are administered as objects rather than governed as citizens. When Adler left Theresienstadt for good, he carried with him a thorough warning against treating human beings as objects or data points then and now.