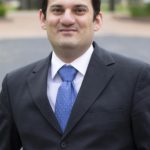 Do parents have a favorite child?

Lambrianos Nikiforidis, assistant professor of marketing at SUNY Oneonta, explains how bias for the same sex may be what drives this decision.

Lambrianos Nikiforidis is an Assistant Professor of Marketing at SUNY Oneonta. He received a B.A. in Mathematics from Hamilton College in New York, an M.B.A. in Marketing from the American College of Thessaloniki in Greece, and a Ph.D. in Marketing from the University of Texas at San Antonio. His area of expertise is consumer behavior, specifically related to family spending decisions, personal financial decisions, and consumer goal pursuit. His research has been published in the Journal of Consumer Psychology and appeared in media such as Newsweek, Yahoo!, and many more, including international media in Australia, England, India, Ireland, New Zealand, and South Africa.

Do Parents Have a Favorite Child?

Growing up, you may have suspected that one or both of your parents favored a sibling. Maybe it was that extra toy or occasional gift. Most parents believe that they treat their children equally, but is this true? Our research, published in the Journal of Consumer Psychology, provides some of the first evidence that the biological sex of a child leads to a systematic bias, with parents allocating more resources to the child who is the same sex as they are. Our prediction was that parents might favor the child of the same sex because they identify more closely with that child. This is consistent with the idea that people tend to spend money on things that align with their identity, and gift giving to one’s children can be a way for parents to bolster their sense of identity and live vicariously through their children. Most parents strongly deny favoring one child over the other, but they also admit they do not actively track investment in each child. This leaves room for bias. In one study, we asked parents in the US and India to decide which of their children would receive a treasury bond. Mothers were more likely to choose their daughter and fathers were more likely to choose their son because they identified more strongly with that child. These same effects emerged in other family decisions, from the distribution of assets in a will, to selecting which child would participate in a drawing to win a back-to-school prize pack, In the case of the prize pack, 76% of women chose the girl and 87% of men chose the boy. These findings have far-reaching implications beyond the traditional family structure. In single parent or same-sex parent households, the ramifications of this bias can be even stronger, given that there is no opposite-direction bias from the other parent to even things out.