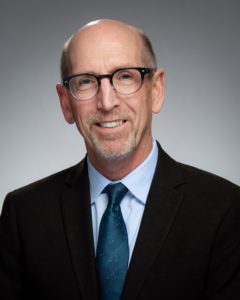 How do we change the tone of our current public discourse?

John Duffy, professor of English at the University of Notre Dame, has a surprising answer.

John Duffy is Professor of English and the O’Malley Director of the University Writing Program at the University of Notre Dame. In his most recent book, Provocations of Virtue: Rhetoric, Ethics, and the Teaching of Writing, he examines the ethical dimensions of teaching writing in a post-truth world. John is co-editor of Literacy, Economy, and Power, and his book Writing from These Roots, was awarded the 2009 Outstanding Book Award by the Conference on College Composition and Communication. He has published essays in CCC, College English, Rhetoric Review, JAC: A Journal of Rhetoric, Culture, and Politics, and elsewhere. John is a recipient of a National Endowment for the Humanities Fellowship and the Rev. Edmund P. Joyce, C.S.C., Award for Excellence in Undergraduate Teaching. He teaches courses in rhetoric, writing, and literature.

Writing and the Public Discourse

To say the current state of public discourse is abysmal seems self-evident.

Talk radio, cable news, and much of the Internet is defined by polarization, personal attacks, and tribal narratives. We have no shared agreement as to the nature of a fact or even truth itself. Given the forces of money and power that support such discourses, one might conclude there is no remedy for our toxic rhetoric, no means of repairing it.

That would be a mistake. In fact, there is a well-organized effort taking place each day to promote an ethical public discourse. I refer to the first-year composition course, that introductory, often-maligned writing class taken by millions of students each year at U.S. colleges and universities.

In the first-year writing course, students learn the basics of argument, the claims, proofs, and counterarguments that inevitably engage writers in ethical deliberations and commitments.

To make a claim, for example, is to propose a relationship between others and ourselves. If that relationship is to thrive, each side must believe the other isn’t trying to deceive or manipulate. Successful claims, then, call for practices of trust and truthfulness.

To offer evidence for one’s claims is to be willing to defend one’s assertions, to be answerable, to practice the virtues of integrity and accountability.

And when students listen seriously to the other side, when they risk engaging ideas that contradict their own, they rehearse the virtues of open-mindedness and intellectual generosity.

First-year composition is more than an introductory writing class. It is a course in ethical communication, one that offers students and the rest of us a hopeful alternative to our debased public discourse.