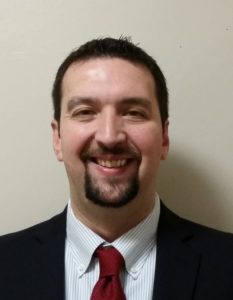 What do you think about if I asked you whether you live in a blue, red, or swing state? While you might think about a map on Election Night, my research – with colleague Patrick Flavin, examines the political consequences when the two parties closely contest control of state government. Across a series of works, we have explored the relationship between party competition and the quality of democracy in the American states.

Citizens living in states with more competition are 1) more likely to be interested, vote, and participate in politics and 2) more likely to feel that government will listen to them. Moreover, competition can act as a great equalizer as these positive benefits are felt most amongst citizens with lower levels of education and income.

On the other hand, more than 75% of all Americans currently live in a “trifecta” – a state where one political party controls both chambers of the state legislature and the governor’s mansion. Thirty-six states currently experience this unified party control – 22 by Republicans and 14 by Democrats. Trifectas give states the ability to be more aggressive in choosing a more conservative or progressive direction on a diverse set of policies. Take the minimum wage for example, Democratic trifectas are more likely to have a minimum wage higher than the federal floor of $7.25. On the other hand, 25 states – the vast majority of which are Republican trifectas – have implemented preemption laws – prohibiting local governments from setting their minimum wage higher than the state floor. We see this sort of trend across a variety of public policies.

Whether one party dominates or the two parties fiercely contest control of state government has real consequences on the quality of life and quality of democracy that citizens experience.