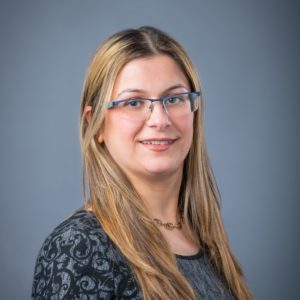 There is much to learn about traumatic brain injuries.

Parisa Saboori, associate professor of mechanical engineering at Manhattan College, looks at one scenario associated with brain injury in a new way.

Parisa Saboori, Ph.D., is an associate professor of mechanical engineering at Manhattan College, having taught there since 2011. Prior to attending The City University of New York for her master’s and doctorate degrees, she received her bachelor’s degree in Iran and worked for several years in the oil and gas industries, designing pipeline equipment.

As part of her master’s research, Saboori studied muscle function and focused on traumatic brain injury (TBI) for her doctorate thesis. She is presently conducting research in the areas of TBI, shaken baby syndrome, aneurysm formation, and knee injury prevention.

Traumatic brain injury, or TBI, is a physical injury linked to severe impacts or violent accelerations, such as those experienced in contact sports, exposure to explosions, and even in shaken baby syndrome. It is believed that these accelerations lead to an extreme straining of brain tissue, which leads to a permanent deformation in the grey and white matter.

The results showed that the larger amounts of the strain were associated with the larger maximum accelerations and greater amounts of impact energy, which has been the previous finding from earlier studies. However, counterintuitively, higher rates of change in acceleration or jerk were weakly associated with the smaller strains. This suggests that present models for impact analysis may be adequate; however, the fact that the acceleration profile has an effect on brain tissue strains suggests that a more appropriated acceleration profile should be used when studying shaken baby syndrome.