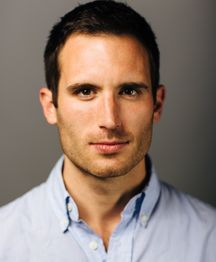 The tavern was a special place in colonial America.

Vaughn Scribner, assistant professor of history at the University of Central Arkansas, explores the history of these “pub”lic spaces.

My research investigates early American history in a global context, specifically striving to understand how early modern Britons sought to define (and redefine) their positions in the empire.

I recently published one book, and have another forthcoming. Inn Civility: Urban Taverns and Early American Civil Society (NYU Press, April 2019) analyzes early Americans’ mercurial attempts at realizing a “civil society” through the lens of the urban tavern, while Merpeople: A Human History (under contract with Reaktion Books UK/ University of Chicago Press USA) uses humanity’s long-held obsession with merpeople to gain a deeper understanding of one of the most mysterious, capricious, and dangerous creatures on earth: humans.

My published articles and book chapters range from an investigation of how colonists used mineral springs to transform the natural environment to an analysis of how the confluence of human and natural “work” produced a sugar boom in the early modern Caribbean, and have appeared, or are forthcoming, in Early American Studies, the Journal of Social History, the Journal of Early American History, Atlantic Studies: Global Currents, Urban History, Itinerario, Agricultural History, and the edited volumes, Order and Civility in the Early Modern Chesapeake and A Cultural History of Leisure in the Enlightenment.

In 1710, a British captain exclaimed, “Upon all the new settlements the Spaniards make, the first thing they do is build a church, the first thing the Dutch do upon a new colony is to build them a fort, but the first thing the English do, be it in the most remote part of the world, is to set up a tavern.” He was right. Eighteenth-century Britons loved the tavern, and since British colonists believed they were creating a “New World” in North America, they also believed they needed their beloved taverns as central building blocks of a colonial American civil society.

From exclusive “city taverns” to seedy “disorderly houses,” urban taverns where wholly engrained in the diverse web of colonial American life. By the mid-eighteenth century, urban taverns emerged as the most popular, numerous, and accessible public spaces in British America. These shared spaces, which hosted individuals from a broad swath of socioeconomic backgrounds, eliminated the notion of “civilized” versus “un-civilized” individuals, and dismayed the elite colonists who hoped to impose a British-style social order upon their local community. More importantly, urban taverns served as critical arenas through which diverse colonists engaged in an ongoing act of societal negotiation.

My research demonstrates how colonists’ struggles to emulate their British homeland ultimately impelled the creation of an American republic. This insight reveals the messy, often contradictory nature of British American society building. In striving to create a monarchical society based upon tenets of civility, order, and liberty, colonists inadvertently created a political society that the founders would rely upon for their visions of a republican America. This is not to argue that independence was inevitable; rather, a fuller understanding of America’s unexpected independence demands a deep analysis of midcentury colonists’ societal dreams and, perhaps importantly, anxieties. Everything and nothing has changed.