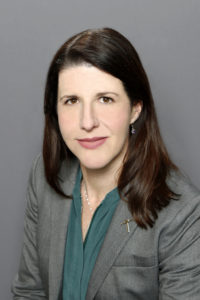 On University of Texas at El Paso Week: Women of color who are activists face many challenges.

Stacey Sowards, professor in the department of communication, details one who is rising above to bring about change.

Dr. Sowards (PhD, Kansas University) has been at UTEP for 15 years. Her research interests include the intersections of: rhetorical theory and criticism, feminist theories of communication, environmental communication and rhetoric, and intercultural communication and rhetoric. She is especially interested in these areas of inquiries in Asia and Latin America. She has completed research projects in and about Indonesia, Mexico, and Costa Rica. Her publications appear in Communication Theory, Philosophy and Rhetoric, Communication Studies, The Howard Journal of Communications, Hypatia, Argumentation and Advocacy, Ethics and the Environment, The Globalization of Corporate Media Hegemony, and other outlets. She also received a William J. Fulbright research grant for her dissertation research in 2000-2001 and a Fulbright-Hays grant in 2005.

In today’s politically divisive environment, many social movement and social justice leaders are looking for sources of inspiration to carry on with their work.

One such person is Dolores Huerta, the co-founder of the United Farm Workers Union, along with César Chávez. Since the 1950s, Latina/Chicana activist Dolores Huerta has been a fervent leader and organizer in the struggle for farmworkers’ and other civil rights.  She was a union vice president for nearly four decades before starting her own foundation in the early 2000s.  She continues her work today as a dynamic speaker, passionate activist, and dedicated figure for social and political change.

Huerta also has navigated the complex intersections of race, ethnicity, gender, language, and class and the myriad challenges faced by women of color activists.  In addition, she had a complicated family life, with eleven children to raise, support, and nurture.

One of my lines of research focuses on how someone like Dolores Huerta became a successful union leader – an activist whose bravery shaped an entire social movement for farm workers. I argue that her private persona based on strong family ties and close relationships with social justice activists like Fred Ross and César Chávez in part shaped her public persona.  Her public persona was constructed through her role as a mother and Mexicana activist.  Her use of unusual organizing and protesting strategies helped disrupt normative structures as well as served as inspiration for generations of Chicanas and Latinas.  She also developed hope for a better future and a sense of bravery that facilitated her recognition today, as one of the most important Chicana/Latina icons of the 20th and 21st centuries.