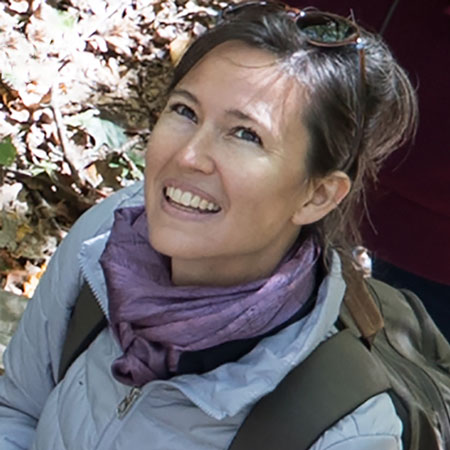 Trees can be an important part of a city street.

Sonja Dümpelmann joined the faculty at the University of Pennsylvania’s Stuart Weitzman School of Design in July 2019.

Dümpelmann’s research and writing focuses on nineteenth- and twentieth-century landscape history, and contemporary landscape architecture in the Western World, with a particular focus on the urban environment in Germany, Italy, and the United States. Her work explores the transatlantic transfer of ideas, the role of politics, technology and science, and the work of women in the field. Of special importance to her work are the relationships between the inside and the outside, i.e. the relationships between architecture and landscape, core and periphery, theory and practice; those in power and those subjected to that power; intent and contingency; and the relationships between social and political processes and landscape transformation.

She lectures internationally and has held research fellowships at the German Historical Institute, and at Dumbarton Oaks, Washington DC. Her work has also been supported through grants from the Graham Foundation and the Foundation for Landscape Studies.

Dümpelmann currently serves as Senior Fellow of Garden and Landscape Studies at the Dumbarton Oaks Research Library and Collection, Washington D.C., and is the past President of the Landscape History Chapter of the Society of Architectural Historians (2013-16).

Before joining the Department of Landscape Architecture at the University of Pennsylvania she held associate and assistant professorships at Harvard University, the University of Maryland, and Auburn University. Dümpelmann holds a doctorate in landscape history from the University of the Arts, Berlin, and a MLA from Leibniz Universität Hannover. She has curated exhibitions on landscape-related topics in Germany and the U.S., and has worked as a landscape designer in Studio Paolo Bürgi, Switzerland.

In the last decades numerous studies have shown the benefits of street trees to human health and the global climate. Trees take in carbon dioxide and have a cooling effect. They also filter out pollutants from the air. And although some tree species are allergen sources and emit volatile organic compounds–chemicals that in the presence of sunlight and nitrogen oxide form ozone–, they also improve psychological and physiological health.

But these observations in general are hardly new! Already in the late nineteenth century they inspired physicians and landscape designers to promote systematic and more standardized ways of street tree planting. Street trees were considered both cooling “shade trees,” and “ornamental trees” that were pleasing to look at and thought to reduce modern nervousness. In the 1870s, New York physician Stephen Smith promoted street tree planting as a measure that could save up to 5,000 heat-related deaths in the city per year; and German landscape gardener Ludwig Beißner pointed out street trees’ intake of carbon dioxide. Advocates even noted the trees’ role in ozone production that at the time was still considered in its antiseptic rather than in its toxic capacity. By the 1950s, street trees were being proposed as carbon offset.

Yet, again and again, people have argued that trees do not belong in cities. Trees have been seen as nuisances that shed irritating seeds, attract unwanted insects and birds, block sunlight from entering apartments, and take up space. Since the late nineteenth century scientists have therefore sought to render street trees’ climatological functions more palpable by quantifying them. In contrast, it is trees’ other immaterial benefits–such as beauty, cultural significance, and related psychological effects–that despite recurring attempts to quantify them still remain elusive.