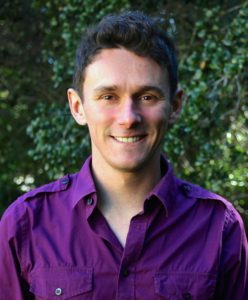 We should be concerned about China’s methane emissions.

Scot Miller, assistant professor of environmental health at Johns Hopkins University, delves into why regulations might not be working as intended.

His recent projects focus on global change in the Arctic, greenhouse gas emissions from agriculture, and emissions from energy industries (such as coal, oil, and natural gas). Miller’s work also utilizes statistics, high performance computing, and tools for big data. A 2019 paper he coauthored in Nature Communications demonstrated that China’s coal mine methane regulations have not had a detectable impact on the country’s emissions.

Miller holds a grant from the National Aeronautics and Space Administration (NASA) to study carbon dioxide sources and sinks using the OCO-2 (Orbiting Carbon Observatory 2) satellite. This is a joint project with Northern Arizona University, the Carnegie Institution for Science and the National Oceanic and Atmospheric Administration (NOAA). In 2018, Miller and Sarah Jordaan of Johns Hopkins’ School of Advanced International Studies received a Johns Hopkins Discovery Award to study trends in methane emissions from oil and gas infrastructure in the United States.

Miller has won numerous awards and fellowships, including a Carnegie Distinguished Postdoctoral Fellowship in 2015, a Harvard Certificate of Excellence and Distinction in Teaching in 2014 and 2015, and an American Geophysical Union outstanding student paper award in 2011. He is a member of the NASA Science Team for the OCO missions to provide space-based observations of atmospheric carbon dioxide.

Miller received his bachelor’s degree in earth and planetary sciences from Harvard College in 2007. He then studied at Trinity College in Dublin, Ireland, earning an MSc in environmental sciences in 2008. After working for a year in the German national parliament as a Robert Bosch Foundation Fellow, Miller returned to Harvard for a PhD in earth and planetary sciences, which he received in 2015. He completed a postdoctoral fellowship in the Carnegie Institution’s Department of Global Ecology at Stanford University before joining the Whiting School of Engineering faculty in 2018.

That’s why it’s concerning that China, the world’s leading emitter of greenhouse gases, continues to pump increasing amounts of methane into the atmosphere, despite tough new regulations on gas releases from its coal mines.

The People’s Republic is the world’s largest producer and consumer of coal, which accounts for about 72 percent of its electricity generation. Methane released during coal mining is likely the largest human-caused source of methane there.

In 2010, it began requiring mines to use all coal mine methane for electricity generation, for heat production or else to flare it.

My team looked at China’s methane emissions for six years, starting in 2010. We used data from the Greenhouse Gases Observing satellite — one of the first satellites to precisely and accurately measure methane and carbon dioxide in the Earth’s atmosphere. This is the first time its observations have been used to focus specifically on trends in China’s methane emissions.

We found that by the end of that time period, methane emissions there were about a 50 percent higher level annually. That increase is comparable to the total emissions from a country like Russia! What’s more, that increase accounts for between 11 and 24 percent of the world’s total increase.

Their efforts to become a world leader on climate change have gotten a lot of press coverage, but the numbers show their methane regulations have not had a detectable impact. China’s government is apparently talking the talk, but is not yet walking the walk when it comes to methane emissions.