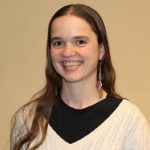 Do children and adults think of religion in the same way?

Larisa Heiphetz, assistant professor of psychology at Columbia University, looks into this question.

Larisa Heiphetz is an assistant professor in the Department of Psychology at Columbia University. Her research focuses on how children and adults think about their social worlds, with one line of research investigating how people think about religion. Her work has received funding from organizations such as the National Science Foundation and the John Templeton Foundation and has garnered recognition such as the International Social Cognition Network Early Career Award in 2018 and the Association for Psychological Science Rising Star Award in 2017. Dr. Heiphetz received a BA from the Pennsylvania State University in 2008 and PhD from Harvard University in 2013, and she completed her post-doctoral training at Boston College from 2013 until 2016.

How Children and Adults Think About Religion

Many people may have the intuition that religious beliefs are like facts. If someone says that God is real, doesn’t she have the same conviction as someone who says that gravity is real?

My research shows that children and adults actually distinguish between these different kinds of beliefs. In one study, we told 5- to 10-year-olds and adults about two characters who disagreed with each other. Participants of all ages were most likely to say that only one person could be right when the disagreement was about facts and least likely to give this answer when the disagreement was about opinions. Religious beliefs fell between these extremes.

A final set of studies showed that adults even speak differently about religion and fact, using the word “believe” to describe religious claims and the word “think” to describe factual claims.

Together, these studies help us understand how people think about religion. From a relatively young age, they appear to distinguish religious beliefs from other types of views.