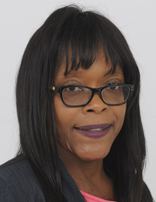 On University of Dayton Week:  How should we care for elderly inmates?

Martha Hurley, professor of criminal justice, determines not everyone agrees on how to tend to the needs of this population.

Martha H. Hurley is professor and director of the criminal justice studies program at the University of Dayton. She’s the author of Aging in Prison: The Integration of Research and Practice, and co-author of Trends in Corrections: Interviews with Corrections Leaders Around the World, Volume Two and Correctional Administration and Change Management, as well as numerous book chapters, scholarly publications on crime and justice, and technical reports to criminal justice and social service agencies. Her prison cell desegregation research was cited in the 2004 U.S. Supreme Court decision in Johnson v. CA. She holds a Ph.D. from the University of Cincinnati.

The United States has the highest incarceration rate in the world. Among the fastest growing segments of that prison population is elderly inmates.

By 2030, a third of prisoners nationwide will be 55 years or older, according to the Osborne Association.

Among these prisoners, hearing and vision loss, dementia, mobility impairments and other chronic, disabling and terminal conditions — which are an enormous expense — are the norm.

Elderly prisoners are two to three times more expensive to incarcerate on average than their younger counterparts — costing upward of $70,000 annually, according to the ACLU.

In my research, I conducted a review of how states are handling elderly prisoners. I found responses fall into three categories: do nothing and allow nature to take its course behind bars, implement early release programs, or provide alternative living arrangements.

Those who favor “do nothing” argue that the high cost of incarceration is not a reason to grant early release. They also argue that early release only shifts the burden from prison budgets to taxpayer-funded programs like Medicare or welfare.

Those who favor early release are backed by federal case law which holds that age can be considered as a mitigating factor in sentencing and new federal compassionate release policies. However, eligibility for release varies by state, and few applicants receive early release under these measures.

Those who favor alternative living arrangements point out that elderly inmates can require handicap accessible bathrooms, wheelchair ramps and access to 24-hour nursing care. Most commonly, states modify parts of existing prisons for the elderly, with a smaller number building separate facilities or privatizing care.

What is clear is that prisons are not meeting the needs of elderly prisoners and policies are not cost effective. Such issues call into question the entire purpose of prison for the elderly.