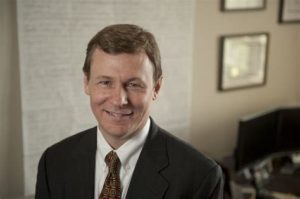 Wesley Wildman, professor of philosophy, theology and ethics at the Boston University School of Theology, delves into this question.

Wesley J. Wildman is a philosopher specializing in the study of religion using both humanities and scientific methods (www.wesleywildman.com). Author or editor of 15 books and 120 articles, he works at the forefront of the bio-cultural study of religion, and co-founded the leading journal in that field, Religion, Brain & Behavior. With neuroscientist Patrick McNamara, he founded the Center for Mind and Culture (CMAC; www.mindandculture.org), a research institute dedicated to generating creative solutions to complex social problems, ranging from immigration policy to the scourge of child sex trafficking.

Religious beliefs and behaviors are complex, so a lot of different university disciplines get involved in studying them: psychology, sociology, anthropology, demographics, political economy, law, history, evolutionary biology, cultural evolution, neuroscience, philosophy, ethics, and literature. While it is wonderful to see the humanities and sciences both involved in studying complex human phenomena, we lack a deep understanding of how all these perspectives fit together.

My research team uses computational modelling and simulation to unite these disciplinary perspectives, producing artificial societies inhabited by agents with virtual minds. We use experimental and observational findings to establish behavior patterns such as personality-driven responses to other people and situations. We use social-science findings to design processes such as finding jobs and raising children. The result is a bit like a computer game, except the point is accuracy rather than entertainment. 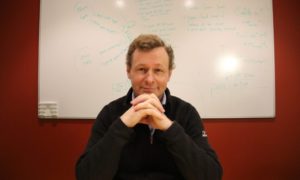 These simulations are complex enough to produce surprising results that can’t be predicted even with complete knowledge of input conditions. That’s exactly what we are hoping for because we are trying to use a virtual complex system to model a real-world complex system. When we see behavior emerge from the artificial society that matches what we know about real-world behavior, we have reason to trust that the causal engine powering the simulation resembles the nexus of causes that operates in real-world religion. The causal architecture of the model is effectively a large-scale theory synthesizing knowledge from numerous disciplines – what’s more, it’s an executable, testable model.

We have used this method to analyse religious responses to terrifying earthquakes, the role of religion in mutually escalating violence, the social-psychological functions of religious rituals, the longevity of violent religious extremist groups, gender differences in shamans, the healing effects of religious practices through self-transformation, and the process of religious people giving up supernatural worldviews. Computer modeling and simulation is a method tailor-made for studying complex human phenomena such as religion.