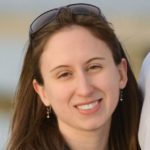 Why are some more altruistic than others?

Kristin Brethel-Haurwitz, postdoctoral researcher at the University of Pennsylvania, digs into the brain to find the answer.

Kristin completed her Ph.D. in psychology at Georgetown University. She previously received a B.S. in biopsychology from Tufts University and worked as a Clinical Research Coordinator at Massachusetts General Hospital. Her graduate research focused on the neurocognitive bases of extraordinary altruism, and she will be extending research on her interests in the brain bases of empathy and social cognition to excessive selfishness during her postdoctoral training.

Each year, about 200 healthy Americans choose to have one of their kidneys removed from their body. The surgery is painful, daily life is disrupted during recovery, and there may be significant costs associated with the procedure. But, to these individuals, the costs are worthwhile, since their kidney will be donated to someone who would have died without a transplant. The donation of a kidney to a stranger is altruistic for a few important reasons: it’s costly, it benefits another person, and it is unlikely to be caused by selfish reasons like expecting something in return or seeking a reputation boost, especially since the donor may remain anonymous and giving up a kidney is a very socially non-normative thing to do. For these same reasons, altruism is a puzzle to psychologists, biologists, and philosophers alike. But, in research I’ve conducted with my colleagues, with altruistic kidney donors as an example, we’ve found that altruism toward strangers may be due to the same processes that allow all of us to care for those who are close to us. In a series of neuroimaging studies, we’ve found that altruistic kidney donors seem to be particularly sensitive to the distress of others. Compared to healthy adults who have not donated a kidney, altruistic donors show more activity in a region of the brain called the amygdala when viewing fearful facial expressions. Also, their amygdala is larger and shows stronger connections with an area of the brainstem called the periaqueductal gray. These two brain structures are known to be part of a neural network important for the care of vulnerable offspring across mammalian species ranging from mice to monkeys to humans. Together, this evidence suggests that altruism toward strangers may be an extension of our brain’s capacity to care for our kin.