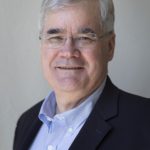 On Swarthmore College Week: Overflowing sewers are a problem in many cities.

Arthur McGarity is the Henry C. and J. Archer Turner Professor of Engineering at Swarthmore College.  He received PhD and MSE degrees from Johns Hopkins University and BS degree from Trinity University.  He has published research in the fields of Environmental Engineering, Solar Energy, Building Energy, and Operations Research.

In Philadelphia, raw sewage regularly spills into urban creeks and rivers whenever it rains more than a fraction of an inch.  These are not accidental spills.  In fact, some sewer systems were actually designed to spill sewage.  These spills are known to engineers as “combined sewer overflows” or CSOs because they combine runoff and sewage into a single pipe.

In the mid-nineteenth century, waterborne diseases were linked to drinking water contaminated by human waste. To reduce the chance of contact with contaminated water, sewers were built to carry mixed stormwater and sewage away from homes and into streams and nearby rivers.

Philadelphia began installing sewers in the late 19th and early 20th centuries. Later, sewage treatment plants were built, but they lacked the capacity to treat the large combined flows that accumulate when it rains. Thus, sewer overflow pipes were installed to act as relief valves, spilling excess flows of diluted raw sewage, or CSOs, into surface streams.

Our results show that strategically targeted green infrastructure investments can achieve CSO reductions at reasonable cost. We developed an “equity index” to learn whether investment dollars are flowing into the neighborhoods with the greatest need.  We have also advanced theories of environmental modeling and decision-making that will help us transfer what is learned in Philadelphia to other large cities.