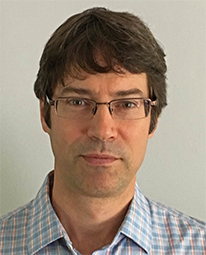 Dealing with predators is a fact of life for most species.

Douglas Fudge, associate professor of biological sciences at Chapman University, delves into the hagfish and how it avoids becoming lunch.

Dr. Fudge’s research aims to understand the biophysics of marine animals, with a focus on processes such as predator defense, feeding, and locomotion. Current projects aim to understand predator-prey interactions between hagfishes and sharks, the function and biogenesis of hagfish slime, and the development of biomimetic applications inspired by hagfish slime.

Hagfishes are a group of eel-like animals that are notorious for their ability to produce huge amounts of slime when they’re attacked by a predator.  The slime contains two main components, condensed granules of mucus, and silk-like threads.

The threads are coiled in the cytoplasm of highly specialized cells, and when they’re ejected into seawater, during an attack, they almost instantly go from being the size of a cell, to their fully unraveled length of about six inches.

In 2011 we thought we understood how hagfishes defend themselves.  But that year a paper published by our colleagues in New Zealand, made it clear we didn’t have the full story.

They’re study contained videos of hagfishes being attacked in the wild.   Gill clogging did thwart several species of fishes, but in the case of sharp toothed fishes with powerful jaws, like sharks, we realized the slime was released after the hagfish was bitten.

So hagfish were being bitten by sharks and surviving, but how were they doing this?  Our first instinct was hagfish skin must have super puncture resistant properties. But careful experiments and comparisons to twenty other fish species ruled this out.  Next we tested a more elaborate hypothesis having to do with the unusual body design of the hagfishes.

Hagfish skin fits on their bodies like loose fitting pajamas, it is not well attached and there is lots of extra material. We wondered if all the extra space under a hagfishes skin allows its body to squish out of harm’s way when a sharks tooth plunges into it.

Using a custom spring loaded guillotine to plunge shark teeth into freshly dead hagfish we found strong evidence for this idea.  The flaccid body design of hagfish does indeed protect them from shark bites, and gives their remarkable slime the time it needs to do its magic.