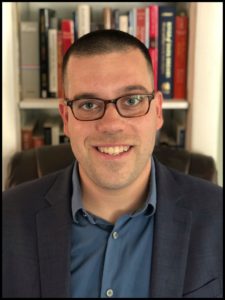 Not all enslaved people fled to the North.

Sean Gerrity, assistant professor of English at Hostos Community College of the City University of New York, describes how some didn’t need to go far to find freedom.

Sean Gerrity received his Ph.D. in English with a Certificate in American Studies from The City University of New York’s Graduate Center in 2017. Since then, he has worked as an Assistant Professor in the English department at CUNY’s Hostos Community College in the Bronx. His research focuses on the intersections of race, slavery, freedom, and geography in US literature and the Atlantic world in the nineteenth and eighteenth centuries, with particular attention to maroons and marronage. He has published an article on marronage in the African American novel Blake; or, The Huts of America in the Fall 2018 issue of the peer-reviewed journal MELUS: Multi-Ethnic Literature of the United States. The article was chosen as the “Editor’s Choice” for the issue and is currently available for free through the MELUS page on the Oxford University Press website. His research into stories of maroons in the United States, particularly in the Great Dismal Swamp of Virginia and North Carolina, has been funded by a Lillian Gary Taylor Fellowship in American Literature at the University of Virginia, a Mellon-Reese Research Fellowship at the Virginia Historical Society, and various grants and fellowships from the CUNY Graduate Center and Hostos Community College. He has presented widely on his research at national conferences devoted to literary scholarship and interdisciplinary American Studies. He is currently at work on his first book project, titled A Canada in the South: Marronage, Freedom, and Geography in Antebellum American Literature.

When most Americans think about flight from slavery, they think about the Underground Railroad, and when they think about freedom from slavery, they think about reaching a “promised land” in the free Northern states. But this common story leaves out maroons: enslaved people who took flight from bondage and lived in remote places like swamps, woods, and mountains, still inside southern slaveholding states. In a practice that is way more common than realized, maroons never struck out for the North. In fact, many, many more enslaved people would participate in acts of marronage than would ever try, let alone successfully, to reach the North or Canada.

Sometimes maroons fled slavery temporarily and returned after negotiating better treatment from slaveowners. Other times, maroons fled permanently, by themselves or in groups, and established a home—and a sense of freedom—in communities that often contained dwellings, farming plots, and defensive measures. Sometimes maroons lived completely cut off from the surrounding area, but most times they relied upon friends and family who were still enslaved to provide them with food, supplies, and information. Some maroons even constructed furnished underground hideouts to avoid detection. There are stories of maroons who were born and died deep in the swamps of the US South, never directly experiencing the horrors of slavery more familiar to plantation stories.

Thinking of freedom in terms of the Underground Railroad or the Emancipation Proclamation is not enough. Rather, when we consider maroons, we find a different kind of freedom in places we would least expect it. Maroons denied their status as property and refused to leave states where slavery was the law of the land. They created a form of freedom for themselves that is based solely on their own agency and actions, a kind of freedom based on living within but being invisible to slaveholding society.