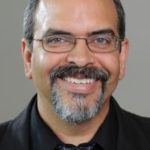 Ready to belly up to the bar for another bland beer?

Ranjit Dighe, professor in the department of economics at SUNY Oswego, explores how the effects of Prohibition are still being felt today.

RANJIT S. DIGHE is Assistant Professor of Economics at the State University of New York at Oswego. His specialty is American macroeconomic history, and he has written extensively on American labor markets between the world wars.

The dominant American beer is the “adjunct pilsner,” a pale lager with moderate alcohol content, minimal hops and malt, and corn or rice added for extra smoothness.

How did it get that way?

The short answer is that the TEMPERANCE movement was uncommonly strong in America.

By the time German beer became big in the U.S., around 1850, temperance reformers here had already succeeded in dramatically reducing consumption of everything else. They expanded their sights to include beer. They also got more ambitious, moving away from voluntary temperance pledges to prohibition.

Brewers argued that beer WAS a temperance beverage, just as it was commonly viewed in Europe. Not an easy case to make, perhaps, but easier if the beer was light, clear, and mild. And so light pilsners overtook dark lagers, and even blander adjunct pilsners overtook them. By the eve of World War I, pilsners were about 85 percent of the market.

The war brought prohibition to much of the world. America’s Prohibition was uncommonly long and included beer. Estimates suggest that Prohibition did little to curb wine and spirits consumption, but that beer consumption plummeted. When Prohibition ended, brewers said consumers’ tastes had become BLANDER. American beers got increasingly watery, as hops and malt content drifted downward for decades.

What about the so-called CRAFT beer revolution of today? Bud Light still outsells all craft beers combined, even though craft breweries number in the thousands. In America as a whole, bland beer is still king.