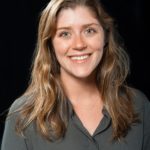 How do you find out what infants do and do not know?

Kelsey Lucca, postdoctoral researcher in psychology at the University of Washington, discusses this question.

Kelsey Lucca is a postdoctoral researcher in the department of Psychology at the University of Washington in Jessica Sommerville’s Early Childhood Cognition Lab. Dr. Lucca received her PhD in Psychology from Duke University in 2017. She studies the active role that infants and young 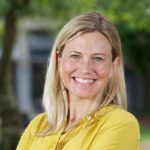 children play in their cognitive and social development, with a focus on how curiosity, or the drive to seek out information, shapes early learning experiences across domains (e.g., language acquisition).

Infants are determined. Whether they are stretching to grasp an attractive, out-of-reach toy, or trying to master the art of sitting up on their own, infants are trying. These attempts not only tell us something about what babies want to be able to get and do, but they also tell us something far more interesting and abstract about the infantile mind. Early persistence reveals what infants know about themselves and the world, and what they want to know.

By 12 months of age, infants are supreme pointers, pointing both to indicate their interest in objects and share their interests with others. As adults, one additional function of pointing is to gain information about things we don’t know or understand. Researchers tested whether babies also point to gather new information: They presented infants with various new toys, and after the babies pointed toward one, the researcher simply acknowledged their interest (“Wow!”), or told the infant what it was called (“A shoe!”). If infants point to get new information, they should be dissatisfied when adults only remark on the object, and persist in pointing. In contrast, if infants simply point to express their interest, their persistence should be unaffected by the experimenter’s response. Infants uniquely persisted in pointing when the researcher made a general remark but not when the experimenter labeled the toy.

These findings tell us that infants recognize when they do and do not have knowledge. When they detect that they need new knowledge, they persist in acquiring it. In this way, early persistence offers researchers and parents alike with a unique window into the inner workings of infants’ minds: if you look closely and carefully at babies’ trying behaviors you’ll see that they aren’t just trying to get and do what they want. Babies are trying, and trying hard, to learn.