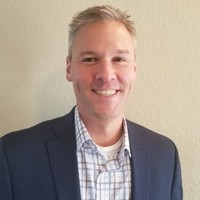 The government is now a troll on social media.

Douglas McKechnie, associate professor of law at the United States Air Force Academy, examines the new way we interact with our political leaders.

Professor McKechnie is an Associate Professor of Law at the United States Air Force Academy.  He is an award winning teacher and scholar who focuses on constitutional law and theory.  He has appeared in local, national, and international media outlets discussing legal issues in the news.  His scholarship, which explores the intersection between civil liberties and technology, has been featured in USA Today and citied by federal district and appellate court decisions.

Americans have entered a new era regarding the way we interact with our government.  Technology has removed the traditional temporal, geographical, logistical, and normative impediments that filtered the way our government and elected leaders communicate with us.  We have entered an era where the government trolls its own citizens.  It is now commonplace for the government, through elected officials, to intentionally use abusive language to sow discord or intimidate citizens via social media.