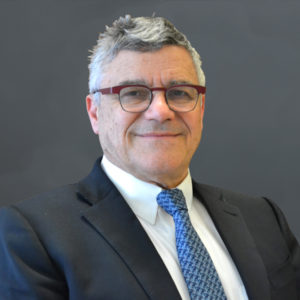 Animals may help us bridge the organ donation gap.

Dr. John Loike joined Lander College of Arts & Sciences in the Fall of 2017 after serving as the co-director for graduate studies in the Department of Physiology Cellular Biophysics and director of Special Programs in the Center for Bioethics at Columbia University College of Physicians and Surgeons.

His biomedical research focuses on how human white blood cells combat infections and cancer. Loike lectures internationally on emerging topics in bioethics, organizes international conferences, and has over 150 papers and abstracts published in the areas of immunology, cancer and bioethics.

He has published many groundbreaking articles on bioethics and specifically deals with bioethics from a Jewish perspective. Loike has a Ph.D. from the Albert Einstein College of Medicine of Yeshiva University.

One in four patients in the U.S. who need an organ transplant will die while waiting. And those who do receive a transplant must take powerful immune-suppressing drugs for life to prevent their bodies from rejecting the donated organ.

Xenotransplantation, the grafting of an organ from one species to another, could help solve both the organ shortage and the need for immunosuppression after transplant. New gene-editing technology has made it increasingly feasible to tailor-make organs by seeding a human patient’s stem cells into an embryo from another animal. Pigs are the leading candidate, because their organs are about the same size as human organs, their genome is easy to modify, and researchers think they could grow a transplantable organ in as little as six months.

My colleague, Dr. Alan Kadish and I reviewed obstacles to creating patient-specific transplantable organs through xenotransplantation in an article published recently in EMBO. CRISPR/Cas9, the gene editing technique borrowed from bacteria that has made it much more efficient to cut and paste DNA, could help to overcome these challenges. It could be used to erase the rejection-promoting molecules studding the surface of pig cells and wipe out the dozens of porcine retroviruses that can cause cancer in humans.

Animal rights concerns raised by creating a human-pig hybrid, or chimera, to grow organs for people are among the thorniest ethical issues associated with xenotransplantation. Another concern is whether using gene editing technologies will lead to the creation of “designer babies.”

Similar concerns were raised when IVF and pre-implantation genetic diagnosis emerged decades ago. But these assisted reproduction techniques have been used to help infertile couples and those who carry inheritable diseases to have healthy babies, not for eugenic purposes. We think that society’s moral compass will also prevent the unethical use of xenotransplantation.