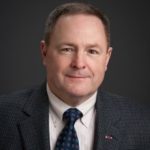 How vulnerable is your country to environmental conflict?

Frank Galgano, associate professor in the department of geography and the environment at Villanova University, describes the Vulnerability Risk Index and which countries are most at risk.

Francis Galgano, PhD is an associate professor in Villanova University’s Department of Geography and the Environment. His primary areas of interest include geophysical processes, environmental change, environmental security, costal geography and military geography. Through his research, Dr. Galgano has identified climate change as a serious factor in global vulnerability to conflict.

Terrorism, cyberattacks, and nuclear proliferation are three of the most prominent threats on today’s global security landscape. But, another, more subtle danger—climate change—has emerged as an integral factor in assessing regional vulnerability to acute political instability and violent conflict.  The global community may be facing the specter of environmentally–triggered warfare.

Coupled with related economic and demographic challenges, the adverse effects of environmental change can provide the flashpoint that sparks a dangerous downward spiral toward conflict or war.

While developing states are at greater risk, none are immune. Three-fifths of the world’s population is vulnerable to the adverse effects of climate change and other problematic effects.

After completing a four-year research study I have developed a Vulnerability Risk Index (VRI) which assesses and ranks 173 nation states (87 percent of the global population) from most to least vulnerable to conflict. The six variables factored into the equation include: exposure to climate change, governance, total fertility rate, gross national income, food security and existing vulnerability to armed conflict.

As might be expected, developing nations in Africa and some Middle Eastern countries demonstrate the greatest level of risk to environmentally – triggered conflict, while the United States, Canada and European nations, as well as Japan and Australia, are among the least vulnerable to conflict.

The integration of information into an index, like the VRI, offers a new lens by which to evaluate new threats on the global security landscape and assess risk related to exposure, vulnerability, and adaptive capacity.

The VRI can serve as a roadmap indicating where preventative and remedial resources would best be deployed to lessen nations’ vulnerability to conflict.