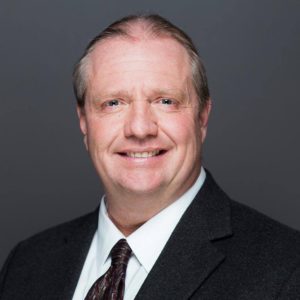 Not every athlete with a brain injury has been diagnosed with a concussion.

Nicholas Port, associate professor at the School of Optometry at Indiana University, looks into other aspects of sports that could contribute to these injuries.

Dr. Nicholas Port completed his undergraduate training at NYU’s Center for Neural Science (1990) and completed his pre-graduate training at the Centre for Cognitive Neuroscience at Oxford University (1991). He received his Ph.D. in Neuroscience from the University of Minnesota in 1997. Dr. Port did his postdoctoral training at the Laboratory for Sensorimotor Research at the National Eye Institute. He joined the faculty of the IU School of Optometry in August 2005.

It makes sense that athletes who play contact sports, like football or soccer, are more likely to get concussions than athletes that don’t.

But what about the athletes who play contact sports who have never been diagnosed with a full-blown concussion? Do the small repeated blows they experience simply playing their sport make a difference? What do their brains look and function like?

My colleagues and I were curious to find out.

To better understand, we scanned the brains of 21 football players and 19 cross-country runners using fMRI technology.

We chose these sports because football is a game where small but repeated blows to the head are common, whereas cross-country is low risk for head injuries.

When given a simple visual test inside the fMRI, the brains of football players showed significantly higher areas of activation compared to the cross-country runners.

Although there were clear differences between the athletes’ brains, there is still more learn.

The results suggest one of two things: That a history of minor but repeated blows to the head can result in changes to areas of the brain related to eye movement. Or that these changes arise from the hundreds of hours that contact sport players spend on hand-eye coordination.

We can’t know without more research. For example, you could separate players of the same sport into groups based on exposure to smaller blows.

Hopefully, we’ll uncover whether it’s all those tackles — or simply using your hands and tracking the ball — that cause changes in the brain.