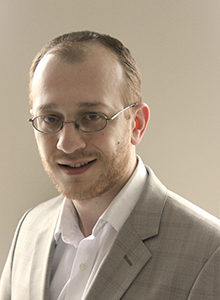 On Babson College Week:  What can patent data tell us?

Davit Khachatryan, assistant professor of statistics at Babson College, explores how entrepreneurs can find some encouragement in the data.

Dr. Davit Khachatryan is an applied statistician with research interests in analyzing intellectual property data to study the formation and diffusion of knowledge in emerging industries. Davit’s current and former research has produced publications in academic, peer-reviewed journals such as Journal of the Royal Statistical Society (Series C), The American Statistician, IEEE Transactions on Engineering Management (forthcoming), and Quality and Reliability Engineering International. Prior to joining Babson College, Davit was a Senior Associate at the National Economics and Statistics practice of PricewaterhouseCoopers (PwC). In the latter role he consulted in the area of predictive modeling and advanced data analytics, helping clients from financial, healthcare, and government sectors with building automatic predictive models and enhancing business intelligence solutions. Davit has earned his B.S. in Applied Mathematics and Informatics from Yerevan State University, M.S. in Statistics and Ph.D. in Management Science from the University of Massachusetts, Amherst.

In 1790 President George Washington signed a bill launching a framework which over decades evolved into the modern patent system in the United States. Approximately a century after that, in 1889, Herman Hollerith received a patent for what can now be considered as the great-grandfather of a personal computer. Many household items that we take as granted were once patented. Examples are the toothbrush, the sticky note, and many others.

Today the United States Patent and Trademark Office receives more than half a million patent applications every year. To the quantitative professional that means big data. Using statistical modeling and machine learning tools, I mine patent data, uncovering insights that can be valuable to entrepreneurs, inventors, and patent examiners.

One of our research projects focused on uncovering factors associated with patent granting. We find that factors such as hiring an attorney or agent, or use of figures incorporated in patent applications, among other factors, improve the likelihood of granting. Such information can be useful to the entrepreneur or inventor when preparing the patent application and valuable to the patent examiner. Another research engagement of ours is focused on the definition of a measure to quantify the extent to which the inventive claims that are at the heart of a patent are described in the body of the patent. Alignment, in other words the degree to which the claims and specification sections align, has been shown to increase the chances of patent validity. Using business data processing patents pertaining to cybersecurity, we propose a novel measure of alignment, and show how it can be of value to entrepreneurs and patent examiners. For example, using our measure an entrepreneur who plans to file a patent application can measure drafting alignment and compare it with the alignments of previously filed successful patents. Patent examiners, on the other hand can use our measure to establish benchmarks based on alignments of granted patents that stayed valid over the time.