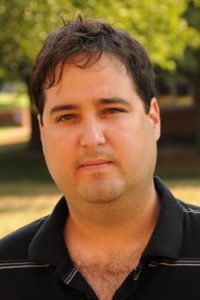 Aaron Lampman, associate professor in the department of anthropology at Washington College, examines why coastal residents don’t accept this fact.

Aaron Lampman, Chair and Associate Professor of the Department of Anthropology, is conducting ethnographic research in communities on Maryland’s Eastern Shore that are most vulnerable to dramatic sea level rise in the Chesapeake Bay in the next 50 years. He and students are learning that how people perceive the risk associated with rising water levels is nuanced and complicated, deeply enfolded in their sense of place, their religious faith, their generational memories, and their way of life. Their research is helping local, state, and federal planners better understand how to communicate and plan for the effects caused by a changing sea level in the Chesapeake Bay and elsewhere.

Perceptions of Risk and Sea-Level Rise

In the low-lying communities along the Chesapeake Bay, high tides routinely drown parking lots and roads, and surge from hurricanes or even strong storms transform waterfront neighborhoods into open water. According to the U.S. Geological Survey, the rate of sea level rise on the Chesapeake could reach 11 mm per year by 2050. Whole communities will soon be underwater. And much of the time, many of them already are.

Resource managers and planners are trying to help people with “managed retreat”—an organized method to move communities to higher ground. But they’re running into resistance, and a new research project into perceptions of risk that I have undertaken with my students and my colleague David Casagrande of Lehigh University is helping them learn why.

Students last summer conducted ethnographic interviews of residents in several vulnerable communities on Maryland’s Eastern Shore to gauge their perception of risk related to sea level rise and to learn what adaptations they are already making. Students transcribed 25 interviews, then uploaded them into a text analysis data package to identify and code for certain terms or combinations of words, enabling them to come up with a qualitative analysis of terms.

What they found is that most residents do not accept the terms or concepts of sea level rise or climate change. Instead, they use historic evidence and multigenerational memory to point to erosion or flooding as the cause. They exhibit a structural bias, seeking structural or technological fixes, such as seawalls, rather than retreating. They modify their behavior to deal with the problem—for instance, buying an old car to use when the water is high, rather than submerge their better vehicles.

People’s history, sense of place, religion, and way of life all come into play in how they perceive the risk of sea level rise in these communities. Our research is helping local, state, and federal officials better navigate those complex relationships.