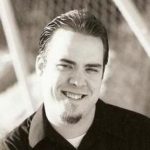 Persuasion plays a big part in our elections.

Ryan Skinnell, Assistant Professor of Rhetoric and Composition at San Jose State University, looks into how one candidate used a trinket to identify his followers.

Dr. Ryan Skinnell received his Ph.D. in rhetoric and composition at Arizona State University in 2011. He primarily studies the history of rhetoric and writing instruction in U.S. higher education, but in recent years his research has shifted to focus more on public rhetoric, which involves exploring how politicians, celebrities, and average citizens persuade one another. Most recently, he has been studying rhetoric related to demagoguery, lying, and fascism. Dr. Skinnell is the author of Conceding Composition: A Crooked History of Composition’s Institutional Fortunes and editor or co-editor of three other books, including the forthcoming Faking the News: What Rhetoric Can Teach Us About Donald J. Trump.

What Rhetoric Can Teach Us About Donald Trump

What can rhetoric teach us about Donald Trump?

This may seem like a trick question. Most people think rhetoric is a form of linguistic deception—flattering language that disguises intentions and misleads audiences. Fortunately, rhetoric is more than deception. In fact, it is one of Western Civilization’s oldest arts. For 2,400 years, rhetoricians have studied rhetoric as “the art of persuasion in all its forms.”

Donald Trump offers fascinating examples of successful persuasion. After all, candidate Trump persuaded millions of people to vote for him. How? He used language and symbols masterfully. Take, for example, his “Make America Great Again” hat. On one hand, it’s a cheaply made trinket. On the other, it’s a useful example of what rhetoricians call “identification.” Identification is the use of language or symbols to show you are substantially like someone else.

The MAGA hat was a helpful aid to identification. It is easy to recognize and helped Trump supporters see who they were substantially like. Wearing a MAGA hat doesn’t simply indicate you agree with Trump—it indicates you are on his team. In this case, persuasion is about team-building instead of complicated policy debate.

The MAGA hat may seem like a silly example of how Trump persuaded voters to identify with him and vote for him. But that’s precisely what rhetoric can teach us. Persuasion is not strictly logical and never has been. In many cases, identifications defy logic. And identification of this sort is a major form of persuasion in the 21st century. What rhetoric can teach us about Donald Trump, then, is how he is persuasive and also how we all get persuaded.