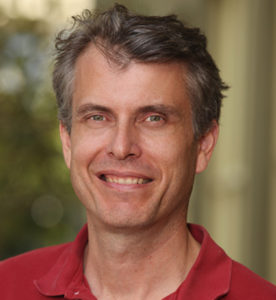 Climate change is having an impact on the routines of songbirds.

Michael McGrann, assistant professor of environmental science at William Jessup University, looks into how an early arrival of spring in the western U.S. can throw a wrench into the songbird’s mating rituals.

Dr. McGrann is heading up the new Institute for Biodiversity and the Environment (IBE) at William Jessup University, which launched in late April. The program consists of a diverse interdisciplinary research agenda and the centerpiece of this agenda is the Pacific Crest Trail Biodiversity Megatransect.

The program is designed to inform and motivate the conservation, preservation, and restoration of biodiversity, and the environment upon which it depends, through research, education, and the dissemination of knowledge.

Dr. McGrann received his Ph.D. in Geography at University of California Davis.

Songbirds and Effects of Climate Change

Most of the birds we see and hear on a daily basis are songbirds. In the springtime, these birds sing the melodies that enrich our experience outdoors.

In the mountains of California, Oregon, and Washington, songbirds are particularly abundant and diverse. But even in these remote mountains, they are not immune to the effects of climate change.

Due to climate change, warming temperatures are causing spring to arrive earlier in the year. Insects are an important food source for many songbirds and are most abundant in the spring. However, peak time for insects may be shifting to earlier dates. Many songbirds may struggle to adjust their seasonal timing of mating and raising their young to match the peak availability of their food source. Consequently, there may not be enough food to nourish their young.

Song has an important role in mating behavior. Males sing to advertise their presence to females and to defend breeding territories from rival males. Patterns in singing activity are therefore a very good indicator of when these birds are actively breeding and raising their young during the spring season.

In our research at thousands of sites along the Pacific Crest National Scenic Trail, which runs from Mexico to Canada, we have developed an innovative new method to track the response of singing behavior to climate change. We deploy automated bird recording devices. The recordings are later downloaded, allowing us to identify the particular species based on their song.

We can now utilize our established technique in our research going forward. It will successfully enable us to track the population trends and reproductive behavior – specifically singing behavior – of songbirds to climate change. Our technique should allow our research teams to track breeding behavior over the next 10 to 20 years.