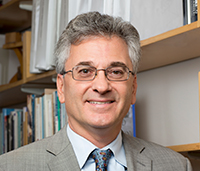 We know prison populations are increasing; how about the parolee population?

Vincent Schiraldi, senior research scientist at Columbia University, says the prison population is only half the story.

Vincent Schiraldi has extensive experience in public life, founding the policy think tank, the Justice Policy Institute, then moving to government as director of the juvenile corrections in Washington DC, and then as Commissioner of the New York City Department of Probation. Most recently Schiraldi served as Senior Advisor to the New York City Mayor’s Office of Criminal Justice. Schiraldi gained a national reputation as a fearless reformer who emphasized the humane and decent treatment of the men, women, and children under his correctional supervision.  He pioneered efforts at community-based alternatives to incarceration in NYC and Washington DC. Schiraldi received a MSW from New York University, and a Bachelor of Arts from Binghamton University.

Two reports were released recently chronicling a four-fold growth in the number of people on probation or parole and the impact that is having on incarceration.

Community corrections – as probation and parole are known – now surveilles 4.7 million people –more than twice as many as are incarcerated in America. One out of 53 adults is under community supervision, one in 12 black men and one in five young black males who haven’t completed high school.

It is widely publicized that the U.S. has 5% of the world’s population but nearly 25% of its prisoners. Less well known is that four out of ten incarcerated people were on probation or parole when they were arrested. Recent research has found that being on parole is actually a risk factor for re-incarceration, as heightened supervision results in incarceration for minor misbehavior.

Parole in New York offers an example of how this impacts jail populations.

Over the past four years, there has been a 21% decline in the city’s jail population to below 9,000, allowing New York Mayor Bill de Blasio to close one of the nine jails on Rikers Island.

But while every other Rikers population has dropped by double digits since 2014, the number locked up for state parole violations jumped by 15%.

One out of six people incarcerated on Rikers were behind bars for parole violations, most for technical violations like missing meetings with their parole officer, or misdemeanors or non-violent felonies.

As policy makers look to reform the justice system, they overlook community corrections at their peril.