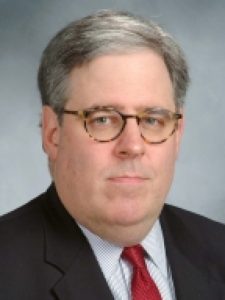 Bipartisanship during a crisis seems unlikely in today’s political climate.

Joseph Fins, professor of medical ethics at Cornell University, details a situation from our past that shows how leaders can work together in tough times.

A recipient of a Robert Wood Johnson Foundation Investigator Award in Health Policy Research, Dr. Fins has also received a Soros Open Society Institute Project on Death in America Faculty Scholars Award, a Woodrow Wilson National Fellowship Foundation Visiting Fellowship and support from the Dana, Buster and Katz Foundations. He was appointed by President Clinton to The White House Commission on Complementary and Alternative Medicine Policy and currently serves on The New York State Task Force on Life and the Law by gubernatorial appointment.

It was the height of Watergate and the Democratic speaker of the House, Carl Albert, needed advice. With Vice President Spiro Agnew’s resignation, and the Nixon presidency imperiled, Albert was suddenly next in line to become president.

Dated Nov. 8, 1973, and marked “personal and confidential”, Sorensen wrote Albert, “I admire your recognition of the need for advance planning of this kind … ” Sorensen went on to suggest that the memo be destroyed lest it “might be misinterpreted as evidence of an improper motivation on your part for the President’s ouster.”

And then this startling statement: “NOTE: I question whether it is either necessary or desirable to commit yourself to resigning in favor of a Republican Vice President. That would only heighten the impression of political instability in our government. You are the legitimately chosen successor selected by our most representative body under a long-standing plan adopted by the Legislative Branch.”

One doesn’t need to be a history buff to grasp the significance of Sorensen’s admonition. It implies Albert was considering resigning the presidency so Nixon’s removal wouldn’t look partisan. From the vantage point of our current political tribalism, it is inconceivable that a Democrat would even think of forgoing the presidency in favor of a Republican. But this is what the historical record shows.

It would be a mistake to view the Sorensen memo with historic sentimentality, simply a relic of a bygone era of bipartisanship. Drafted during the searing schism of Watergate, it has relevance for our own times. Speaker Albert’s example shows that true patriotism crosses the aisle and is seldom narrowly partisan. Hopefully, this is a lesson that his successors in the Congress will heed.

History will be their judge too.