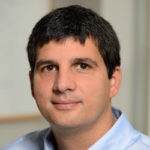 To fix urban decay, look to the stars.

Tamas Budavari, assistant professor in the department of applied mathematics and statistics at Johns Hopkins University, describes how a tool to map the stars could help fight urban blight.

Tamás Budavári’s primary interest is in cosmology, large-scale structure, and galaxy evolution. He has been focusing on various statistical and computational challenges in astronomy as modern detector technology is rapidly changing the way science is done. Large projects he has worked on, including the Sloan Digital Sky Survey, pioneered much of the new methodology. Work done with next-generation telescopes will require new ways of doing science. New hardware architectures, new algorithms and new statistical methods will be needed to analyze the observations of the upcoming surveys, such as the Large Synoptic Survey Telescope.

But like most modern cities, it also has something else: a scourge of vacant properties. The city has a record of 17,000 abandoned buildings, though some put the number at twice that.

Abandoned homes, especially decaying ones, lower property values, attract crime, and destabilize communities. But pinpointing which properties are only temporarily empty and which are actually abandoned is trickier than you might imagine, because surveys are only done every three years or so.

I am part of a team using big data to help city officials more quickly and accurately locate these properties, so they can intervene with strategies like code enforcement tools and housing grants. In the past, I have developed similar tools for astronomy to map the universe.  While these two projects might sound very different, they are similar because empty houses cluster in cities just like galaxies cluster in the universe.

In this case, we are using real-time data such as mail delivery and water use, combined with information gathered by workers doing door-to-door, to create an algorithm that can tell us whether a building is occupied, temporarily vacant, or abandoned.  Our plan is to then refine that algorithm through repeated tests, figuring out where it makes mistakes and adding new information to improve our predictions.

Our goal is to eventually share this method with other cities tackling the same issue. Such data solutions and analysis methods have the potential to save cities millions of dollars by providing optimal strategies.