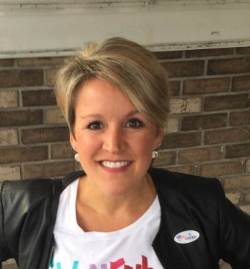 Can the MeToo era usher in equal rights for women in America?

Leigh Ann Wheeler, professor of history at Binghamton University, looks into why an Equal Rights Amendment has not passed already.

Binghamton University’s History department combines the best of what I most value professionally — excellent, student-oriented teaching and rigorous, high-quality scholarship. Like my colleagues here, I consider teaching and scholarship to be mutually reinforcing activities. Preparing courses, facilitating discussions, and interacting with students stimulates my thinking and my enthusiasm for history in ways that more solitary work cannot. Moreover, the dynamic interplay among students and between myself and students, the clever questions and creative responses that make me think in new ways while demonstrating that my students are doing the same, the spontaneous retorts and thoughtful reflections, the moments of illumination when a student figures something out—all remind me how and why the work we do in and out of the classroom really matters.

My scholarly work revolves around one key problem—understanding the gendered and changing nature of sexual culture in the twentieth-century United States. How Sex Became a Civil Liberty, my most recent book, shows how the American Civil Liberties Union profoundly changed the ways Americans think about, legislate, and adjudicate sexuality. The ACLU did so by developing and promoting new constitutional rights, including the consumer’s right to speech and privacy. Like my first book, How Sex Became a Civil Liberty is a people-driven story. It relates private lives to public activism to explain ACLU leaders’ internal debates, evolving policies, changing strategies, and relationships with individuals and institutions outside the organization. Sexual issues considered by the book include: birth control, nudism, obscenity & pornography, abortion, sterilization, gay rights, rape, and sexual harassment.

ERA during the #MeToo Movement Era

Most people in the United States believe that the Constitution already protects equal rights for women. When they learn that it does not even mention women and contains no Equal Rights Amendment, more than 90 percent support adopting an ERA.

Does this overwhelming support for an ERA indicate that feminism has spread far and wide—or is it, instead, a sign that age-old arguments against the ERA are obsolete?  History suggests an answer.

The ERA was defeated in 1982 largely because opponents convinced many legislators that the amendment would hurt women by doing away with women’s sex-based privileges.  These included full custody of children in cases of divorce, a heterosexuals-only marriage market, separate women’s restrooms, and exclusion from the military draft.

Fast forward to 2017.  The threats that helped defeat the ERA have been nearly completely realized – but without, not because of, an ERA.

In cases of divorce, mothers no longer receive custody preference.

Same sex marriage is now the law of the land.

Women’s restrooms are also on their way out; transgender activists are fighting for access primarily to women-only restrooms.

Drafting women into the military is also on the horizon; most Republicans and Democrats in Congress support it and have appointed a commission to study it.

The major arguments that defeated the ERA are no longer relevant. The “privileges” that inequality purportedly provided women are no more.

This reality—combined with the very real discrimination (including sexual harassment and assault) that women still experience—explains why Nevada has recently ratified the federal ERA, and New York is considering passing its own ERA.

What will the ERA do for women? It will require courts to apply the highest level of scrutiny to sex discrimination.   It will acknowledge that being a woman is not now—if ever it was—a privileged status.  It will establish a constitutional foundation for challenging discriminatory treatment that threatens women’s health, safety, and very lives.