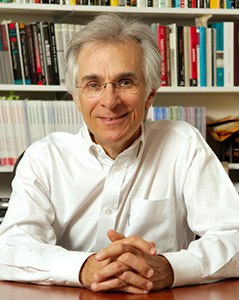 Do not lie to government officials.

Austin Sarat, professor of jurisprudence and political science at Amherst College, explores why this law is more controversial than you might think.

Austin Sarat is Associate Dean of the Faculty and William Nelson Cromwell Professor of Jurisprudence and Political Science at Amherst College. Professor Sarat is a pioneering figure in the development of legal study in the liberal arts, of the humanistic study of law, and of the cultural study of law. He is also an internationally renowned scholar of capital punishment, specializing in efforts to understand its social, political, and cultural significance in the United States. He is author or editor of more than ninety books including Law and Lies and Gruesome Spectacles: Botched Executions and America’s Death Penalty.

On Dec. 1, Michael Flynn, former national security adviser to President Donald Trump, pleaded guilty to the charge of lying to the FBI about his contacts and conversations with Russians.

Despite the personal moral objections that most people have to lying, the law under which Flynn was charged by is a controversial one. Unlike the crime of perjury, the false statements statute means that a person can be punished for lying even if he was not under oath in an official proceeding, and even if he was not warned that lying would be punished.

So, why is it against the law to lie to government officials?

American law generally is aggressive in criminalizing lying, in part because it offers citizens the Fifth Amendment’s protection against compulsory self-incrimination. It affords individuals a right to remain silent not the right to lie.

Once Flynn chose to answer the FBI’s questions he was obligated do so truthfully.

The prohibition of false statements traces its origins to the Civil War, when Congress forbade people in the military from making fraudulent requests for payments from the government.

Since then the statute has become a powerful tool that criminalizes what someone says even in cases when the government cannot prove any other wrongdoing.

In Flynn’s case, 18 USC Section 1001 was used correctly and to good effect. His lies impeded the FBI from doing what it must do in a nation governed by the rule of law – prevent government officials and those seeking power from subverting our system of government.

The philosopher Immanuel Kant long ago noted that lies like Flynn’s threaten the foundations of organized society and “vitiate the source of law itself.” Never has Kant’s insight been more pertinent than it is in the United States today.