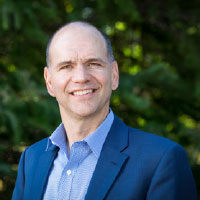 This is Best of Week on The Academic Minute. For the President’s Choice Award, Damon Coletta, professor of political science at the United States Air Force Academy, delves into this question.

President Trump’s trips abroad and major foreign policy announcements to the nation prompt vigorous debates at home among members of Congress, elite journalists, and academics about American leadership in the rest of the world, specifically whether and how the heavily burdened United States should keep commitments to support the global trading system, international peace, and human security.

The United States remains the most powerful and technologically advanced nation on earth but faces mounting challenges to its vision in nearly every regional economic center.  As the leading member of the international system since World War II, it is also called to address transnational problems such as climate change and weapons proliferation that disdain boundaries and that no state can resolve alone.

Scholars have studied liberal decline in international systems dating back to fifth-century Ancient Greece.  Liberal education, with roots there in the Socratic Academy, emerged in part to preserve democracy by reducing popular pressure for racing headlong against rival states in technology and war.  It encourages ordinary individuals from all walks of life to participate in self-government by directing hard questions toward an elected regime of fellow citizens.  While liberal education predates modern science and engineering, in the same vein, it teaches citizens to pursue sharp political issues with disciplined inquisitiveness, persistence, and openness that scientists evince in theories of Nature.

Contrary to conventional wisdom, liberal education does not deprecate technology or defense.  It integrates science—results and method—to pursue wisdom about the structure of human relationships within a free society, among states, and at the transnational level.  Americans wishing to escape the fate of Athenian democracy one hundred generations ago or British parliamentary democracy one hundred years ago might consider improving liberal educational practice as means for righting the political balance between technology for themselves and science for mankind.