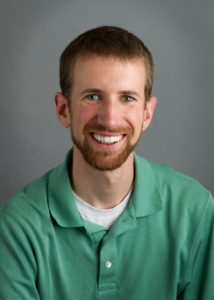 The stories reporters write and the stories politicians want written are not always the same.

Hans Hassell, assistant professor of politics at Cornell College, looks into this statement.

Hans Hassell Teaches courses in American Politics at Cornell College in Mount Vernon, Iowa. His primary interests are campaigns and elections, political parties, and Congress. His research looks at the role of political parties in congressional primary elections and explores how the actions of candidates, parties, and interest groups affect the decisions of citizens to become involved in the political process. Hassell has a Ph.D. from the University of California, San Diego, and B.A. from Pomona College.

Just about every time we open a newspaper during campaign season, stories about candidates fill the pages.

So, what goes into those stories? Are the messages in the articles coming directly from the candidate and is there any difference in the coverage of different types of candidates?

I set out to research and answer these questions with the help of one of my students – Zach Stoll. We interviewed journalists from large and small newspapers and sent out a survey to thousands of others.

In interviews with political journalists, we found that a number of factors influence the coverage candidates receive.

Reporters gauge the personnel that surrounds the candidate and other campaign viability factors to determine if coverage of that candidate is warranted. Reporters also indicated they were influenced by the arc of the national news and its relationship to a candidate’s message. For example, if immigration was a hot topic on the national news front, one journalist might decide to cover a candidate whose platform focuses heavily on immigration legislation.

We also noticed that bias exists in deciding what candidates’ messages to cover. We learned this by studying the messages of candidates and the news coverage of those candidates in 100 randomly selected congressional districts in 2012. We found less congruence between a candidate’s message and media coverage in urban districts and for minority candidates.

While we are still in the process of understanding why this is, our results suggest that it’s not intentional racist discrimination. Rather, journalists think about what their readers would be interested in and what other news is competing for space in the paper. Race is a significant component of American politics and how people react to race is impacted by what stories journalists decide to cover.

This research focuses on democracy, which is about making sure voters are informed and that the message candidates want to communicate to voters is the message voters are receiving.