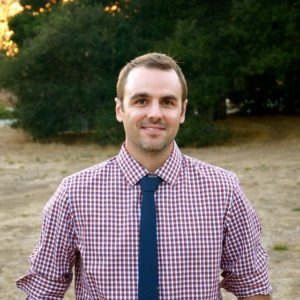 US military bases abroad are not always welcomed by the local population.

Dustin Wright, visiting assistant professor of history at Connecticut College, examines why some Asian nations are fearful about having the US military on their soil.

Dustin Wright is a historian of Japan, The Pacific, Okinawa and East Asia. At Connecticut College, he teaches a range of courses, including Protest and US Imperialism in Asia, Quakes & Nukes: (Un)Natural Japanese History, Food Empires of Asia and the Pacific, The Making of Modern East Asia, and Art and Invention in Ancient Japan.

Dustin Wright’s current manuscript, “Bloody Sunagawa: Anti-Base Protest and the Struggle for Peace in Modern Japan,” explores one of the most important (and least known) social movements in modern Japanese history. The Sunagawa Struggle was a pioneering anti-US military base and runway expansion movement that began in 1955 in the Sunagawa district of Tachikawa, a Tokyo suburb. Sunagawa became a proving ground for radical activists who later participated in social movements throughout Japan throughout the 1960s, 1970s, and into today. As a cultural historian, Dustin interrogates the colorful and relatively forgotten histories of local Japanese citizens who had a profound influence on the course of the Japanese state and the U.S.-Japan military alliance. The project recognizes the everyday activists who are at the center of the fight for democracy and peace in Japan today.

Dustin has written widely on issues related U.S.-Japan historical relations, appeared on “Rising Up With Sonali,” and has written for The Japan Times. He is also working on two new projects. The first, a colonial history of Spam (the canned meat product) across the Pacific, is drawn from his interest in Pacific food histories, which is also one of his favorite teaching subjects. The other investigates the basetown milieu of 1960s Okinawa through the lens of single criminal act; the killing of a local baseworker.

U.S. bases in Japan have long been important to America’s wars in Asia. When the war in Korea was fought to a bloody stalemate in 1953, American military planners were already busy expanding old bases and building new ones. In early summer of 1955, officials from Tachikawa Air Base in the suburbs of western Tokyo announced plans to extend their runway onto farmland in the surrounding village of Sunagawa. The families of Sunagawa, who had for years watched their land consumed by the base, refused to leave. When land surveyors began taking measurements, locals pulled up surveying stakes and threw them over the base’s barbed wire fence.

The Sunagawa Struggle was born. Police escorts were dispatched. Locals pushed them out, too. Protesters joined for many reasons: some were protecting their homes and livelihoods, but others were fighting against militarism and the Japanese government”s acquiescence to America’s Cold War. They said the Japanese government was allowing the Americans to use bases in Japan to bomb other Asians. By the end of the summer, thousands of Tokyoites converged in Sunagawa and fought bloody battles with Japanese riot police. Eventually, the protesters won. The runway plan was cancelled and the US closed the base.

There are over 400 American military sites throughout Asia-Pacific today (excluding those in Alaska and California). Some sites, like Kadena air base in Okinawa, and the newly opened $11 billion Camp Humphreys in South Korea, are American colonial cities, complete with sprawling subdivisions, golf courses, and shopping centers. In recent weeks, we’ve heard that the 39 military sites on the unincorporated territory of Guam, a colony by another name, might be in the crosshairs for an attack from North Korea. As Sunagawa protesters knew in 1955, proximity to American militarism all but guarantees a role in the wars of the future.