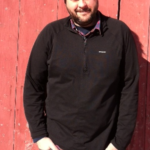 The environment plays a huge part in wine-making – what about beer?

Daina Harvey, assistant professor of sociology at the College of the Holy Cross, discusses why gout de terroir isn’t just for wineries.

Daina Cheyenne Harvey earned a B.B.A (Finance) and a Double B.A. (Philosophy and Economics) from the University of Texas-Austin and a M.A. (Sociology) from the University of Houston. He received his Ph.D. in Sociology from Rutgers University in 2013. For his dissertation he worked with a consortium of non-profits and community groups in the Lower Ninth Ward in New Orleans after Hurricane Katrina and the federal levee failures. He is currently writing a book tentatively titled Anthropocene Demos: Neoliberal Disorder and the Long-Term Lessons of Hurricane Katrina based on this research. This book explores the concept of ecological citizenship as a way to rectify democratic exclusion in the anthropocene. Its focus is on the experiences of residents of the Lower Ninth Ward with participatory democracy amidst the neoliberal setting of the long-term aftermath of Hurricane Katrina.

With Ellis Jones he is also working on a study of the craft brewing industry in New England. Another project looks at how farms, forests, fisheries, and foragers are dealing with climate change in New England.

Beer and the Environment

While the concept of goût de terroir or taste of the soil has been primarily used to link wine with specific places—often referring to ecological and cultural conditions that create a shared affect—the term is increasingly used to discuss craft beer. Similar to the production ecologies (soil, topography, microclimate) of wine, champagne, and cheese, craft brewers are beginning to stress the interplay of place, cultural traditions, ecology, and science to recreate the idea of beer. While the turn to terroir in brewing is rooted in various movements: slow food, back-to-the-land, and locavore, to name a few, much of it involves a renegotiation of the concept itself.

The change itself, particularly in New England, is primarily due to the fact that the chief ingredient of beer—grain—is not grown in large enough quantities—to make a place-specific product (capitalism creates problems for locally sourcing other ingredients as well). To get around the difficulties that terroir presents for craft beer, breweries have adapted by developing three interactional strategies.

First, they stress what we call networked ecologies—a group of independent systems that build up a particular infrastructure—here the craft beer industry—by highlighting their relationships with local farms and other food producers. In doing so they talk about their interactions with the local environment and how it allows them to produce a unique product. Second, they interact through collaborative brewing projects with other brewers. Here the interaction has both pragmatic and symbolic value. Finally, they stress an interactional past. They situate the production of beer in New England in Thoreau’s landscape, invoking a bucolic and pastoral mythos in which they are constitutive actors.