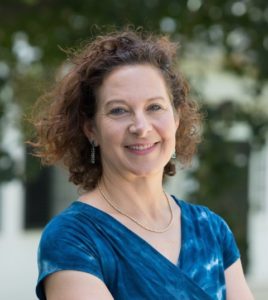 Is your consciousness just neural functioning like the rest of your body?

Adina Roskies is the Helman Family Distinguished Professor, Professor of Philosophy and chair of the Cognitive Science Program at Dartmouth College. She is also affiliated with the Department of Psychological and Brain Sciences. She received a Ph.D from the University of California, San Diego in Neuroscience and Cognitive Science in 1995, a Ph.D. from MIT in philosophy in 2004, and an M.S.L. from Yale Law School in 2014. Prior to her work in philosophy she held a postdoctoral fellowship in cognitive neuroimaging at Washington University with Steven Petersen and Marcus Raichle, and from 1997-1999 was Senior Editor of the neuroscience journal Neuron. Dr. Roskies’ philosophical research interests lie at the intersection of philosophy and neuroscience, and include philosophy of mind, philosophy of science, and ethics. She has coauthored a book with Stephen Morse, A Primer on Criminal Law and Neuroscience.

Among the exciting developments in the Neurosciences and Cognitive Sciences is the ability to directly intervene in cognitive function. Pioneering work in the areas of Deep Brain Stimulation and brain computer interfaces (also known as BCIs) has demonstrated that we have the ability to dramatically reduce the motor impairments of Parkinson’s disease, to alleviate Treatment Resistant Depression, and to allow people with neural degeneration or traumatic injury to regain motor or sensory function via the connection to robotic prostheses. Although these interventions involve considerable risks and are quite invasive, and although they may not work for everyone, they can significantly improve the quality of life of the people for whom they are effective. They also bring to the fore deep philosophical questions about the nature of our humanity, and ethical considerations surrounding the deliberate intervention into the organ that somehow defines our agency and identity.

The fact that we can increasingly well target and modulate the activity of certain brain regions in order to effect therapeutic change, and translate our natural brain activity into instructions for robotic limbs makes plain that mental functioning is, in some deep way, nothing other than neural functioning. Consider the case of a patient undergoing DBS that resulted in his switch from having broad musical tastes to having an obsession for the music of Johnny Cash. When DBS was interrupted, his tastes reverted to his original eclectic interests; when DBS was resumed, the preference for Johnny Cash returned. Others have developed psychoses or gambling addictions. That our tastes and other aspects of our personalities are stably modulated by neural modulation challenges our intuitive dualistic view of the mind as something over and above our physical bodies. It also poses a challenge to a number of deeply held beliefs concerning responsibility, free will, religious belief, and moral objectivity.