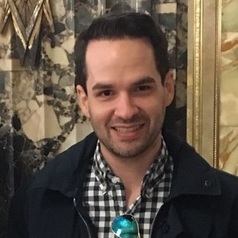 How does moral grandstanding affect the opinions of others?

Justin Tosi, junior faculty fellow at the McDonagh Business School at Georgetown University, discusses how people can change their beliefs while hearing this type of talk.

I work in political, legal, and moral philosophy, and especially on state legitimacy, special obligations, and social morality. My work has been published (or is forthcoming) in Philosophy & Public Affairs, Legal Theory, Pacific Philosophical Quarterly, Ratio, and Journal of Moral Philosophy.

Do you have a friend who takes every opportunity to broadcast her moral views? Or perhaps you are that person. If so, you might be using moral talk for self-promotion. I call this moral grandstanding and as I’ll explain, it is usually harmful to a healthy public discourse.  This is because grandstanding leads people to adopt increasingly extreme views and contributes to what psychologists call group polarization. Consider this example.

Suppose a big American company decides to move production overseas. I don’t like it, but I see little to be done. I notice an online discussion among people who are clearly against the move. One person recommends a boycott. Then another interjects that a boycott isn’t enough. The company’s products should be subject to an import tariff. The group approves. Being a keen social observer, I see my opening. I say that the company’s executives should have their citizenship revoked so they’ll have to move with their factory. This suggestion earns the most vigorous approval of all.

The group’s views are now much different than they were before our discussion. Why? Studies show that people generally think they’re more virtuous than the average person. So if I think of myself as caring more about American workers than the average member of my group, and each person in my group thinks of herself the same way, we’ll find ourselves in a moral arms race when we grandstand together. Each speaker will bring out progressively heavier moral artillery, until we’re all much more extreme than when we started. This kind of group polarization is bad. It leads people to adopt false beliefs, makes compromise difficult, and it leads to intolerance.

So how can we make discourse healthier? Here’s a start. When you are tempted to weigh in, ask yourself: am I truly helping people? Or am I simply trying to impress them?