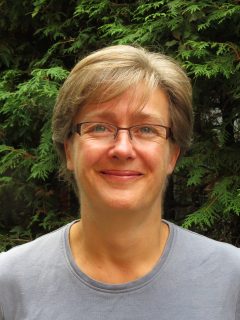 The more habitat you protect, the better, right?

Lenore Fahrig, professor of biology at Carleton University, says even a small bit of protected space can be just as helpful as a large one.

I am a landscape and conservation ecologist. My students and I study the effects of landscape structure on biodiversity and the abundance, distribution and persistence of wildlife populations. Study species include frogs and toads, turtles, birds, mammals, insects, other arthropods, plants and lichens. Landscape structure includes the amounts of various kinds of land cover in a landscape (e.g., forest, wetland, roads, crop fields), and the spatial arrangement of these cover types.

The flip side is that small bits of habitat are generally ignored and often destroyed. Small bits of forest or hedgerows are removed and small wetlands are filled with little notice or concern.

Surprisingly, in my recent review I found that usually there is no difference in conservation value between a single large block of natural habitat and a group of small bits of habitat that add up to the same area as the large block.

This result is important for species conservation. It means that policies and regulations that focus only on large blocks of natural habitats and ignore the small bits of habitat may be falling short when it comes to achieving conservation objectives.

It means that all areas of natural habitat have conservation value no matter how small, and this should be reflected in conservation policies and regulations.