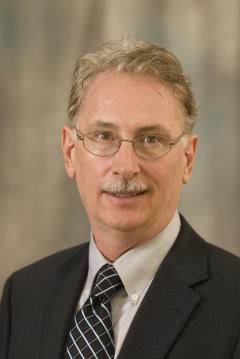 Why have we failed to stop recent terrorist attacks around the world?

Gary LaFree, professor of Criminology and Criminal Justice at the University of Maryland, examines this question.

Gary LaFree is Professor of Criminology and Criminal Justice and Director of the National Consortium for the Study of Terrorism and Responses to Terrorism (START) at the University of Maryland. He received his Ph.D. in Sociology from Indiana University in 1979. During 2005-2006, Dr. LaFree served as President of the American Society of Criminology (ASC). Dr. LaFree was named a Fellow of the American Society of Criminology in 2006 and a member of the National Academy of Science’s Committee on Law and Justice in 2008. He has also served as the Past President of the ASC’s Division on International Criminology (1991-1993), the chair of the American Sociological Association’s Section on Crime, Law and Deviance (1991-1993), the Executive Board of the Harry Frank Guggenheim Foundation (2001-2006), and the Executive Committee of the Justice Research Statistics Association (2000-2001, 1993-1994).

While at the University of Maryland, Dr. LaFree has been a founding member of the Democracy Collaborative and an invited member of the National Consortium of Violence Research. Before joining the faculty at Maryland, Dr. LaFree served as the Chair of the Sociology and Criminology Department at the University of New Mexico for six years and as the Director of the New Mexico Criminal Justice Statistics Analysis Center for 13 years. Dr. LaFree was appointed by the Governor of New Mexico to chair the State Crime and Juvenile Justice Coordinating Council—a position that he filled for four years.

Dr. LaFree received the G. Paul Sylvestre Award for outstanding achievements in advancing criminal justice statistics in 1994, and the Phillip Hoke Award for excellence in applied research in 1994 and 1998, from the Justice Research Statistics Association. LaFree has written more than 60 articles and book chapters and three books and is currently on the editorial boards of seven journals.

Recent terrorist attacks like those in Manchester, England and Orlando Florida, make us ask why we so often fail to prevent them.  Here are five reasons why. First, terrorism is an incredibly rare event.  In recent years worldwide traffic accidents have claimed the lives of roughly 100 times more people than those killed by terrorists. The fact that terrorist attacks are rare means that we have limited ability to reach general policy conclusions about how to prevent them.

Second, while terrorism is rare, mass casualty attacks are rarer still. Since 1970 only 17 attacks from around the world have claimed more than 300 lives.  This means that we have very little to go on when responding to these extremely unusual events.

Third, terrorist organizations are remarkably diverse which makes generalizations even more difficult.  On one extreme are lone wolves who have no recognized links to any organization.  On the other extreme are highly organized groups that persist over time and have a well-defined chain of command.

Fourth, attributing responsibility for a terrorist attack is often ambiguous or impossible.  Our data show that no terrorist group can be assigned responsibility in nearly three-fifths of all attacks.

And finally, while it is difficult to get an accurate grasp of terrorist threats, it is even harder to evaluate the strategies used by governments to counter terrorism.  Governments are incredibly secretive about their anti-terrorism policies.

Terrorist threats are episodic, sporadic and inconsistent.  The fact that they are rare makes it difficult to formulate general policies and stymies reliable analysis.  The fact that many attacks are carried out by groups that are short-lived, immature, or rapidly evolving impedes consistent and rational policy responses.  And because responsibility for attacks is often ambiguous or altogether unknown, punishment for such attacks is often difficult.  You should worry more about your seat belt than the next terrorist attack.