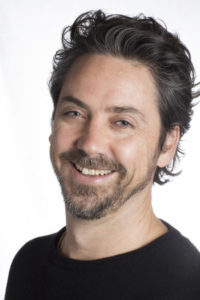 Our search for happiness might be leading to depression.

Brock Bastian, associate professor in the school of psychological sciences at the University of Melbourne, explores whether seeking something could be pushing it farther away.

Brock is an Associate Professor in the School of Psychological Sciences at the University of Melbourne. He is trained as a social psychologist and his research broadly focuses on the topics of well-being and morality. In his research on well-being, he has addressed questions such as why promoting happiness may have a downside, the cultural factors leading to depression, and why valuing our negative and painful experiences in life is a critical pathway to achieving happiness. Brock’s research on morality broadly focuses on how, when, and why we extend moral consideration to others, including non-human others, such as animals and the environment. In this research, Brock has examined the psychology of meat-eating, the dehumanization of others, and how developing an environmental ethic may promote more positive human interaction.

Brock completed in his Ph.D. in 2007 and since then has published more than 70 peer-reviewed journal articles and book chapters. His work has been featured in outlets such as The Economist, The New Yorker, TIME, New Scientist, Scientific American, Harvard Business Review, and The Huffington Post, among many others. His innovative approach to research has been acknowledged with the Wegner Theoretical Innovation Prize, and his contribution to psychology has been recognized by the Australian Psychological Society and Society of Australasian Social Psychologists early career researcher awards. Brock’s research has been supported by over $2 million in research funding.

Brock is not only passionate about building scientific knowledge, but also about communicating that knowledge. He has written for popular press outlets, such as The Conversation; delivered popular talks, such as at TEDx StKilda, The Ethics Centre Sydney, and Effective Altruism Australia; and appeared on radio shows such as The Minefield.

Is the Search for Happiness Causing Depression

Depression is a leading cause of disability worldwide – it is reaching epidemic proportions, especially within the West. This raises the question of what is it about Western culture that may be causing depression?

Recently we asked people who were feeling depressed to complete a short survey each day for a month asking them about their depressive symptoms as well as whether they had felt socially pressured not to experience feelings of anxiety or depression on that day. Did they feel a great deal of pressure from others them not to feel depressed or anxious?  What about other people seeing them as a failure because they felt depressed or anxious?

In another study we recreated the type of social environment that might lead to this social pressure – by decking out a room with happiness books and posters – and then induced people to experience failure on a task, either in the happy room or a normal room.

Participants in the happy room were 3 times more likely to ruminate on their failure compared to those in the normal room.

We know that rumination is closely linked to depression, and by reconstructing a kind of micro happiness culture in one of our testing rooms we had shown that people respond badly to negative setbacks in environments where happiness is highly valued.

Promoting happiness has many benefits, but when people feel pressured to be happy all of the time, and that they should never experience negative emotions, this appears to ironically promote rather than alleviate the experience of depression.

We strongly believe that we need to understand the causes of depression in a way that reaches beyond individuals, to the societies and cultures in which they live.